The game will be available from mid-September in the US as well as in a range of other countries.

In the latest update of the classic board game Monopoly unveiled Tuesday, the trademark real estate tycoon has been replaced by his socially-minded niece: an advocate who invests in female entrepreneurs.

In Ms Monopoly, players collect inventions made by women, such as Wi-Fi and solar heating.

Female players start out with more money than males and receive $240 each time they pass “go,” more than the $200 that goes to males.

That’s an inversion on real life, where women make only 81% of what men do, according to the US Department of Labor. 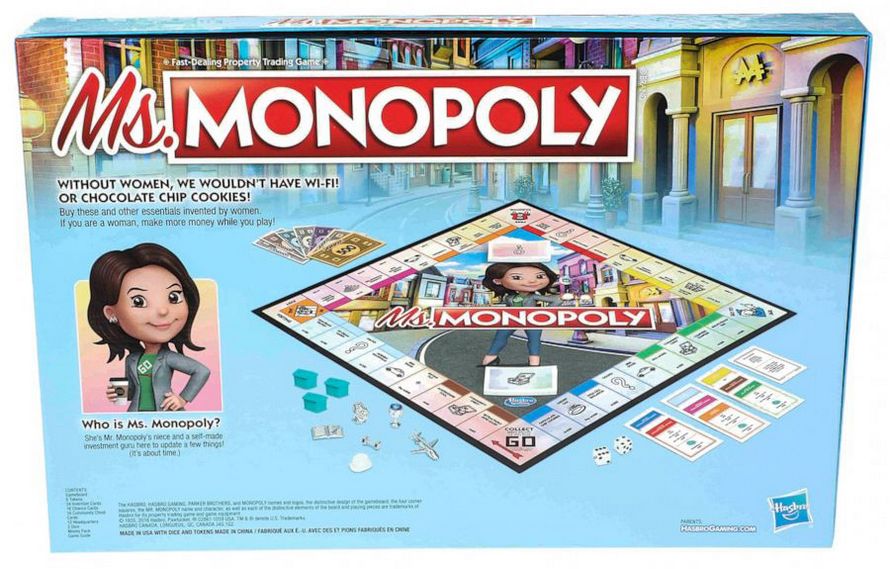 The game box shows a bright-eyed Ms Monopoly carrying a coffee cup and announces itself as “the first game where women make more than men”.

The pay disparity “is a fun spin in the game that creates a world where women have an advantage often enjoyed by men,” Hasbro said in a news release. “However, if men play their cards right, they can make more money too.”

The game will be available from mid-September in the US as well as in a range of other countries, including France, Germany, Canada, Australia and Malaysia.

Earlier riffs on Monopoly have been based on Star Wars and Game of Thrones, as well as a “Monopoly for Millennials” version and a “Cheater’s” version.