The humour and light hard-heartedness has to be the reason why the opera singer has a loyal following and can sell-out venues.

It’s not easy for Andrea Bocelli to tick one specific box. At the start of his career, he didn’t qualify as a conventional tenor thanks to his way of taking operatic arias into the realm of popular appeal. These days, the 60-year-old Italian continues that form.

Since first performing in South Africa 10 years ago, his latest stop – thanks to Big Concerts – comes at a time where he has made duets with superstars like Ariana Grande as well as recent collaborations with his son, Matteo.

Bocelli has always blurred the line between opera and pop. And if you were at the TicketPro Dome in Johannesburg last Thursday, you would have realise exactly that at his sold-out show.

The packed arena in Randburg was testament to a man with a loyal following; he uses his platform to perform classic opera with that touch of modernity. Bocelli is a master of these big ticket concerts, and the streamlined show indulges those with a taste for pure opera, as well as an audience that likes variety.

The charm, it seems, is by being almost stoic. Concerts are usually to promote an album during an artist’s album cycle, and these tours rake in mega bucks.

To keep it entertaining, stars will share personal stories, make jabs with the audience or create pop culture moments that speaks to their demographic. It’s always slick and thought out.

Bochelli seems to do it in a way that keeps some mystery, but allows his audience just enough of his life to keep one drawn to him as a music phenomenon.

A production video of his family gathering for dinner plays during intermission. His son joins him on stage. All little things that give fans the feeling they get to see a personal side of the man dubbed to have the most beautiful voice in the world.

While he doesn’t give it all away, he still works in moments of wit. He even cracked a joke after the music stopped during his Johannesburg show and there was a short pause before he emerged on stage again, telling the crowd: “They lost me for a bit.” 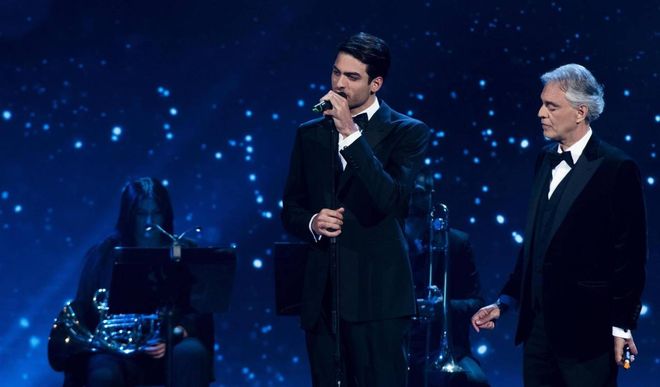 The humour and light hard-heartedness has to be the reason why he has a loyal following and can sell-out venues in countries across the world. This is also troubling.

Last year, Gauteng Opera went bust, closing its doors after 19 years. While funding was a problem, attendance was sparse. How can that be?

If an operatic singer like Bocelli can fill a major venue like the TicketPro Dome, there’s an obvious audience that relishes in operatic sensibilities; perhaps it’s time that same audience get themselves to limited classic and operatic shows in the country.

And while we wait for the next local opera performance, look out for Andrea Bocelli’s new album Si.