A male passenger shared that although he is supportive of women driving now, he was scared when the decree was first passed.

In June 2018, Saudi Arabia’s King Salman issued a royal decree allowing Saudi Arabian women to drive for the first time since the 1950s.

The new HBO documentary Saudi Women’s Driving School, directed by BAFTA nominee Erica Gornall (Catching a Killer), meets three of the first Saudi women to legally get behind the wheel, and asks whether this milestone is a sign of things to come.

Despite being a car saleswoman, Sarah Saleh had never driven a car. When it was announced that women could drive, Sarah signed up for classes at the Saudi Women’s Driving School in the capital city, Riyadh – considered the world’s largest driving school exclusively for women.

“The King did something special by allowing you to do this, may God protect him,” Sarah’s mother tells her, “because he knows that the girls of Saudi Arabia are as good as the men”.

She herself plans to learn to drive, saying: “We can now. So, I want to.” 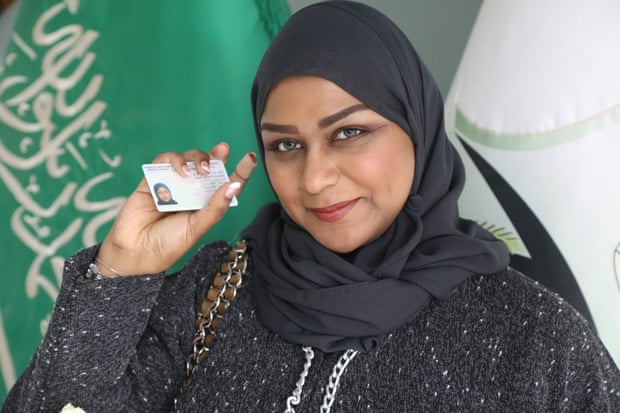 Sarah Saleh, the car saleswoman who was unable to drive. Picture: HBO

Before the driving ban was lifted, some women found ways to drive in secret. Shahad al-Humaizi was in fourth grade when she drove for the first time, sitting on her father’s lap in the solitude of the desert.

Today, Shahad is an Uber driver, one of thousands of women who have applied to become taxi drivers since the driving ban was lifted.

For most, being driven by a female taxi driver is still a novelty. For some, though, the surprise is unwelcome, and Shahad explains that some men cancel the trip when they see the driver is a woman.

She regularly engages her passengers in conversations about the ban and a woman’s place in Saudi society. She’s used to fielding a range of reactions – from enthusiastic support to what might elsewhere be considered bald-faced misogyny.

A male passenger shared that although he is supportive of women driving now, he was scared when the decree was first passed … “until I went abroad and got into cars driven by women”. 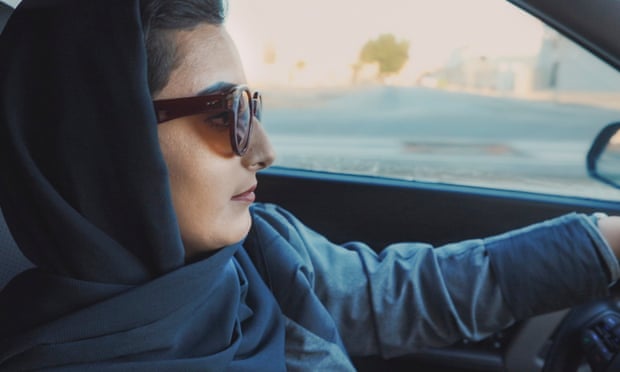 Shahad al-Humaizi, who works as an Uber driver. Picture: HBO

Now, he says, “my confidence has increased. There’s nothing about women’s brains that means they can’t drive …”

But he does have some reservations: “I sometimes think women will take our places, our jobs.”

Shahad is quick to reassure him. “The point is not for us to compete with men, it’s to be equal,” she says.

But, he worries, “it might not stop there. Like I said, women by nature are emotional. So emotions could be used to apply pressure because, if they got results once or twice, I’m worried what the next demands will be”.

Racing driver and engineering student Amjad al-Amri started driving when she was 13, disguised as a young boy, while sister Fadia served as her lookout. 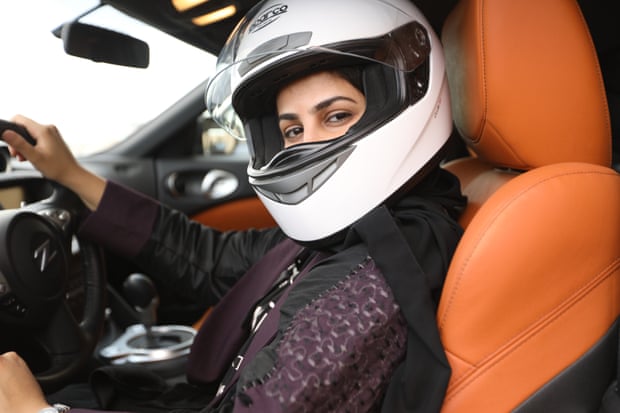 When Amjad realised that the student racing team at her university only wanted men to be drivers, she set out to prove them wrong. Now, as she prepares for a race at the Reem Racetrack in Riyadh, Amjad confides candidly: “I really like competitions. Especially if it includes beating guys.”

“I have big ambitions,” says Amjad. “I’m dreaming of winning a world championship.

“It’s really crazy but I believe that’s going to happen one day. I believe it’s possible, because everything we thought was impossible, actually happened. So why not?”

But in between these stories of hope, the documentary ends on a note of caution: just five weeks before the ban was lifted in 2018, several female activists were arrested, accused of destabilising the kingdom and branded as traitors.

By August, at least 13 of these women were still awaiting the outcome of their trials and the official charges against them had not been made public.