Scary Stories to Tell in the Dark. Picture: CBS Films

The film’s narrative is inventive and carefully builds up tension as each of the young characters meet their fate in horrific circumstances.

Scary Stories to Tell in the Dark is an above average horror flick with something interesting to say both on the psychological and political fronts.

No fewer than seven writers, including the renowned filmmaker Guillermo Del Toro, who serves as writer and producer here, had a hand in constructing this lively little jaunt about a haunted house in a small American town and the legacy left by an evil family.

The film is set in middle America in 1968. Richard Nixon is firmly at the helm, and the Vietnam War, with its own horrific ramifications, has taken hold of the nation. The scary elements introduced into this plot line are not only of the supernatural variety, there are political connections, too. 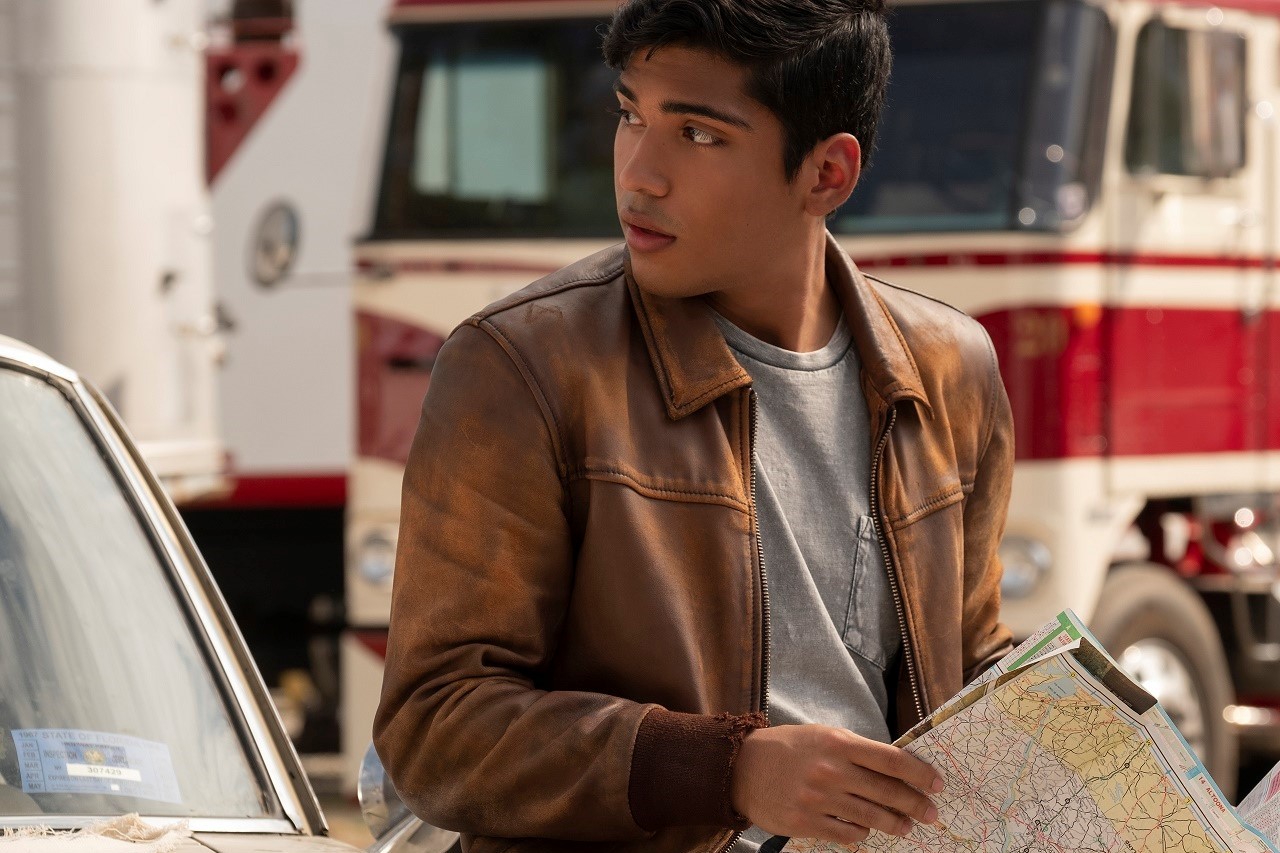 Michael Garza in Scary Stories to Tell in the Dark. Picture: CBS Films

A key character, Ramón Morales (Michael Garza), who is desperately trying to avoid going to Vietnam, which killed his brother, lands in a more frightening reality in the process, however.

The small town of Mill Valley, in Pennsylvania, has lived in the shadow of the powerful Bellows family for centuries and it’s in their dilapidated old mansion on the edge of town where the bulk of the story lies.

The property holds dark, unsettling secrets involving the family’s daughter Sarah. Rumours had it that she was familiar with the dark arts. She was shunned by the family and locked away for her entire life.

However, a group of young adults, on the prowl for a scary adventure, break into the mansion and unleash a power contained in Sarah’s book of short stories.

One of the young adults, Stella (Zoe Margaret Colletti), an inquisitive soul, has spotted one of Sarah’s books and decides to “borrow” it, a move that infuriates Sarah, who has become a vengeful spirit entity.

Her book contains many stories, all written in blood, which when read brings low-level entities into the realms of reality. This means danger for all concerned, because these humans have no idea how to deal with demons from the spirit world suddenly brought to life.

The production is inventive in its narrative thrust, carefully building up tension as each of these young characters meet their fate in horrific circumstances. They have all become an integral part of Sarah’s unravelling written-from-the-grave stories.

Gil Bellows surfaces as the local cop attempting to fathom out why so many of the town’s children are mysteriously disappearing. The young players – all unknown actors – are effective in their respective roles and Colleti makes a commanding heroine.

Scary Stories to Tell in the Dark. Picture: CBS Films

Dean Norris, who often plays tough-guy characters, is cast as Stella’s ineffectual father still pining after a wife who had walked out on him.

Scary Stories to Tell in the Dark is certainly no bedside reading. You have been warned!