This book is recommended reading for every concerned citizen ahead of the upcoming ANC National General Council.

Hands exchanging bags of cash, spies, factional infighting and an entire country in the clutches of state capture.

While it reads like a scene from Hollywood’s newest blockbuster thriller, these are just some observations of what went down in the days leading up to the ANC’s 54th National Elective Conference in December 2017.

In his much-talked-about book, Two Minutes to Midnight: Will Ramaphosa’s ANC Survive?, Oscar van Heerden takes the reader inside the five-day long conference at Nasrec as the ANC top brass and branch delegates jostle for political power and position.

Van Heerden, a former student activist, member of the then Mitchells Plain Student Congress, Cosas national leader and now ANC member in good standing, brings to the fore his skill as a storyteller and international political economy academic in his latest literary offering.

An excerpt from his book reads:

Day three. 17 December 2017. At my home over breakfast, which consists of one slice of toast with apricot jam and a cup of Five Roses tea, my wife demands a lowdown of all the agonising facts about the conference.

I’ve been coming home very late and darting off very early, leaving very little time for daily postmortems. Where to begin, I wonder. In the end I give her the shortened version.

Not great, love, it seems we are losing the fight. The NDZ [Nkosazana Dlamini-Zuma] camp have the upper hand with regards to numbers.

They have the full use of the state apparatus and they seem to have the pulse of the conference. So not great.

She gives me a sympathetic look and hugs me, saying, ‘I’m sure it will be fine, Oscar. There are lots of good comrades still in the ANC. Surely, they can’t all get it wrong again’. 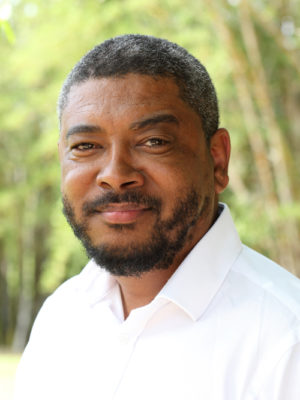 The 2017 elective conference was possibly the most anticipated ANC event since the ruling party assumed power in 1994. And with plenty of international observers and local and foreign press closely tracking the meetings, there is a large number who since then have become convinced the party has failed to meet the expectations of ANC members and the public.

The author’s insights and firsthand account of the conference highlight some of the possible reasons for this, and lay bare a governing party at war with itself. Van Heerden posits that at the heart of this struggle is deception, corruption and power-hungry politicians flexing their muscles.

Factional infighting, money in bags exchanging hands in the dead of night, spies on duty and a political party in the clutches of state capture are some of the political moves that Van Heerden witnessed and now shares in his book.

This book is recommended reading for every concerned citizen ahead of the upcoming ANC National General Council. This book proves that the fight for our country’s leadership is far from over and begs the question: will Ramaphosa’s ANC survive?