New DStv shows to cool you down during the sizzling heat Here’s your guide to all the local, sport and kids shows that will have the whole family cool and calm in front of the TV.

It’s piping hot outside and there are rumours of a severe heatwave. Staying inside with a fan on seems like one of the better downtime options this week.

The good news is, from today, DStv is home to a stellar list of new content that will help fight the sweaty blues.

The Rugby World Cup is now reaching the stages where missing out is simply not an option. The semifinals are in sight and the remaining teams are going to do whatever it takes to reach them. Let’s hope South Africa can continue in fine form.

Could you be the country’s biggest party animal? The search is on in Mzansi Magic’s new game show, which sees 12 crazy trendsetters doing their best to throw the most epic party yet. It’s going to be fun all the way.

One of the most powerful superheroes is out in full force in M-Net’s Sunday movie, Captain Marvel. Bree Larson proves to be extremely capable in the Marvel role and the film is filled with not just plenty of action, but lots of humour too.

Here’s your guide to all the local, sport and kids shows that will have the whole family cool and calm in front of the TV.

The call is out for Mzansi’s party animals. Twelve will battle it out to create the most epic house vibe, with the winner walking away with R150 000. Hosted by musician Zulu Mkhathini.

On the couch with model and businessperson Minki van der Westhuizen are some of SA’s most influential and inspiring women. She ends up surprising them with a guest they know personally.

Katlego Setlhare and Prudence Maphanga star in this locally produced film about a young girl who’s set on joining a taxi queen gang to make a buck. Is she prepared to do all that’s required, or will she have a change of heart? Protea netballer Vanes-Mari du Toit and actor Hamilton Wessels are in Japan to follow the Boks’ journey at the Rugby World Cup and to do some sightseeing, of course.

The second season of this legal drama starts with Anne’s date turning into a nightmare. Dolf has big wedding plans which freaks Gertrude out. Wian takes doubtful steps to the future. 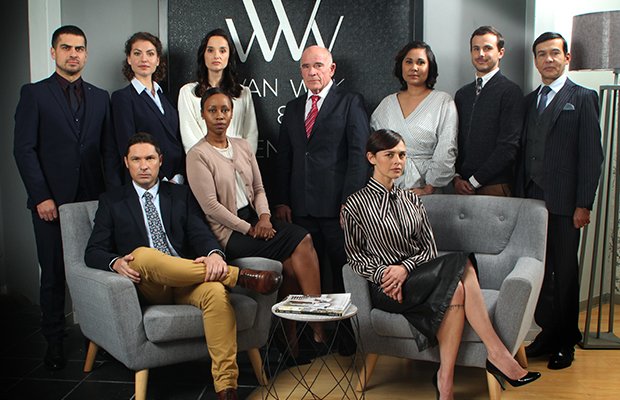 New Zealand, of course. South Africa, ditto. England, probably. Wales, maybe. Predicting which teams will reach the World Cup semifinals amounts to gambling. But the real battle for a place in the November 2 final starts now.

Strong teams will lose in the quarterfinals. Others may scrape through if Lady Luck is kind to them. The table is set for four nerve-testing matches, with humble pie the only dish for supporters of the losers. It’s a dogfight, with hardly any underdogs. Many of the most illustrious names in football go into action this week and millions of supporters will tune in as famous clubs and players compete in more than a dozen matches in Europe.

Among those striving to play in the final in Istanbul on May 30 next year are Liverpool, the defending champions. They face Genk, from Belgium, on October 23.

On the same day, Ajax Amsterdam play Chelsea in another mouth-watering fixture.

This new show revolves around a human girl who finds herself in a secret world of frogs and learns a valuable lesson in friendship – no matter the differences, friends can learn from and love each other.

The show was inspired by creator Matt Braly’s childhood trips to Bangkok. With the voices of Brenda Song and Justin Felbinger.