‘Zog’ is a fun and colourful story for all ages Hugh Skinner is the voice of the dragon that is not always lucky with his tasks.

Zog will keep you smiling and is utterly brilliant from start to finish.

Enjoy the animated Zog, from the magical makers of The Gruffalo, a dragon who is based on the book Zog, written by Julia Donaldson and illustrated by Axel Scheffler.

Animated in Cape Town by Triggerfish for Magic Light Pictures, Zog premiered on BBC last Christmas to five-star reviews, and it can come as no surprise that it has since been named Best Animation at the Shanghai Television Festival and taken home the Audience Award for ages three to six at the New York International Children’s Film Festival.

This amazing tale is now streaming in Africa on Showmax.

It is about how, many years ago, dragons were taught how to fly and how to capture a princess at Madam Dragon’s School. 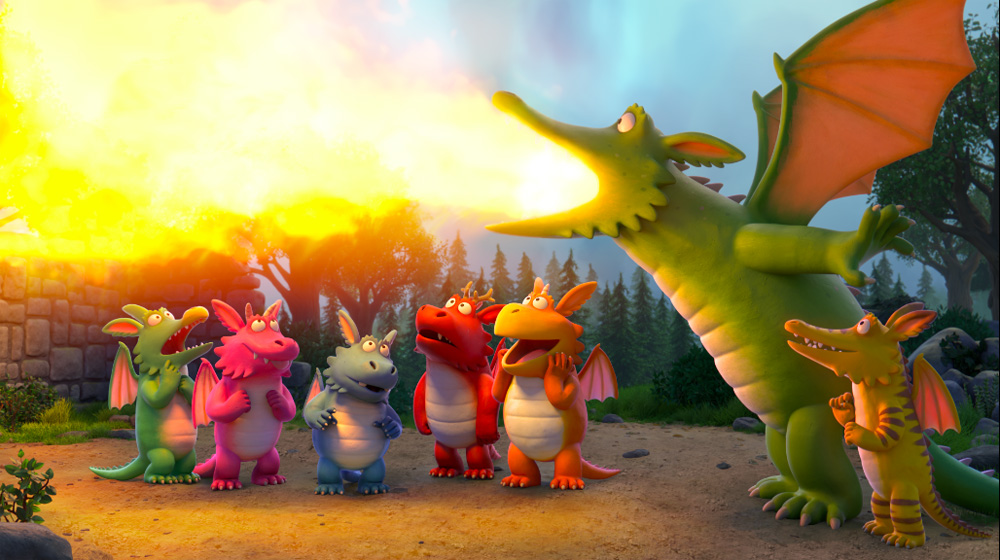 Hugh Skinner is the voice of Zog, a dragon that is not always lucky with his tasks. The tale also stars Kit Harington (Jon Snow in Game of Thrones).

In his first task at Madam Dragon’s School, Zog crashes into a tree and, luckily for him, there is a girl to help him.

As the dragons learn to roar in year two, Zog is unlucky, as usual. He practises until hoarse and the same girl happens to come to the rescue again. She offers him a peppermint that came out of her bag which is always full of supplies – and Zog manages to roar right away.

Zog is always initially unsuccessful completing his tasks and is always being saved by one girl. Years go by at Dragon School, and in year three, the dragons are expected to capture a princess.

Zog is surprised to learn that the girl with the bag of supplies who kept saving him was that princess, and for the first time Zog wins a golden star. He is very proud of himself.

In year five, a knight comes to rescue Princess Pearl but she refuses to be rescued, and tells the knight how she wants to become a doctor. The knight seems to like the princess’ idea and asks to join her on her journey.

Zog is also asked to join the “flying doctors crew” – as an ambulance. All the dragons celebrate, and the teacher is also cheered that Zog chooses a perfect career for himself.

Zog was co-directed by two-time Oscar nominee Max Lang (The Gruffalo and Room on the Broom) and South African Daniel Snaddon.

Snaddon also directed Stick Man, starring Martin Freeman (who also played Bilbo in The Hobbit and Watson in Sherlock), which won best in the world prizes at Annecy and Kidscreen, among others, and was nominated for a British Academy of Film and Television Arts award.

This is an enjoyable animated story for all ages. It is fun and colourful.