Nelson Mandela: The real star of ‘The Fresh Prince of Bel-Air’ The international proliferation of Mandela’s image and ideals during an apartheid-era ban is a sight to behold.

A recent decision to feed my nostalgic longing for the sitcoms I grew up with by rewatching The Fresh Prince of Bel-Air on Netflix reminded me of Nelson Mandela’s status as an icon – and just in time for his birthday yesterday.

The Fresh Prince of Bel-Air is a sitcom from the early 1990s which follows the life of a street-smart teenager named Will Smith (playing a fictional version of himself) from West Philadelphia.

He is sent to live with his wealthy uncle and aunt in their Bel Air mansion in Los Angeles after getting into a fight in his hometown.

Nelson Mandela and Will Smith.

Will’s working-class habits often clash with the luxurious lifestyle of his relatives in upmarket Bel Air. However, they end up finding out that they have more in common than they had thought.

One interest they share is support for the struggle of black people the world over and they idolise icons such as Malcom X, Martin Luther King and Nelson Mandela.

Long before the iconic status bestowed upon Mandela in the years following his death, The Cosby Show and The Fresh Prince of Bel-Air recognised him as such.

In The Cosby Show, Cliff Huxtable’s eldest daughter Sondra even named her twins Winnie and Nelson in honour of the Mandelas. In another episode, Theo Huxtable’s bedroom door opens to reveal a poster of Mandela. 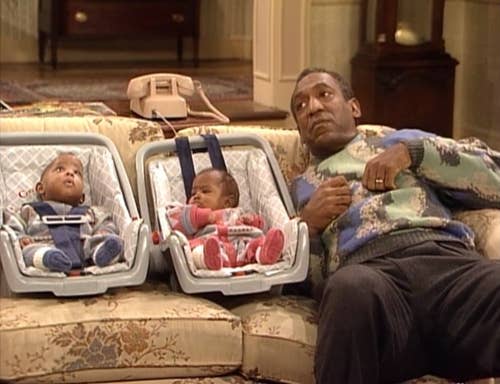 In yet another, exiled South African singer Miriam Makeba has a guest role.

In The Fresh Prince’s earlier seasons, Mandela is mentioned often and there are pictures of him on sets and costumes.

In season one, episode 17, which highlights that black history is not taught at Will’s new school, he wears two badges on his school blazer. One badge bears Steve Biko’s face and the other Mandela’s.

In season one, episode 21, Will’s college girlfriend has a poster of Mandela on her dormitory door showing him raising his fist in triumph after his release from jail on February 11, 1990 following 27 years of imprisonment. 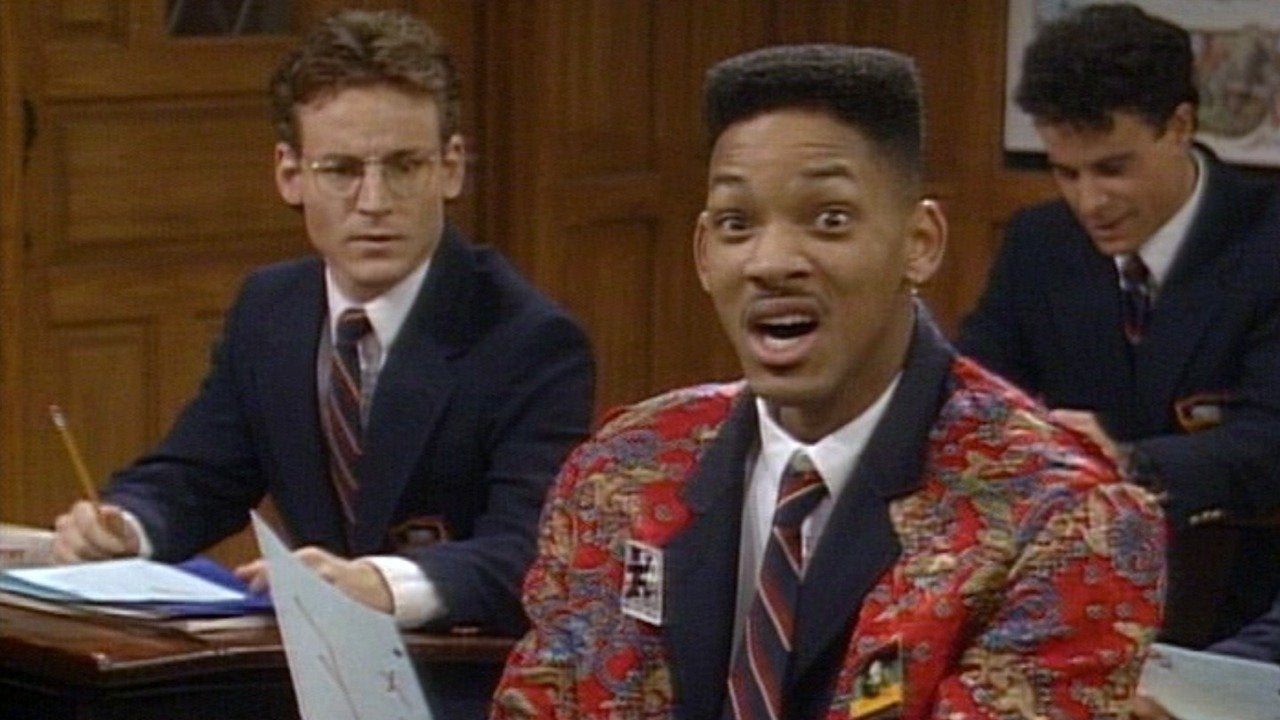 In episode 17 of season two, Will’s cousin Hilary makes mention of a free Mandela rally in a bid to win the affections of a socially conscious doctor she has her eye on.

Considering there was an apartheid-era ban on all images of black political figures in South Africa, this international proliferation of Mandela’s image and ideals is a sight to behold.

All six seasons of The Fresh Prince of Bel-Air are now streaming on Netflix.

For a bit of fun, see how many Mandela images you can spot and count how many times his name crops up in posters and conversations.