A simple tool that gives offline access to online content is an example of small technology initiatives making a massive impact in Africa.

Meet Ansu Kandeh. He is a student at Kabala Secondary School, the oldest high school in the agricultural town of Kabala, in the rural north of Sierra Leone.

Home to fewer than 20,000 inhabitants, the town does not have regular electricity, aside from generators powering some homes and institutions.

Internet access is almost unknown in Kabala. But Ansu is deeply ambitious, and wants to go to university when he completes school.

When he discovered that the school had installed a device called Rachel, that gives offline access to content that is usually available only online, he jumped at the chance to use it.

Rachel stands for Remote Area Community Hotspot for Education and Learning. It is a portable computer box that stores educational websites to makes their content available over any offline wireless connection. In other words, a phone with Wi-Fi – but no internet – can access a library of digital content.

• Khan Academy, the legendary hub of free online courses and video lessons created by leading educators and experts for any course at any level.
GCFLearnFree.org, a free service to help anyone around the world to learn essential skills for life and work in the 21st century, ranging from maths to Microsoft Office.

• TED (Technology, Education, Design) Talks, containing thousands of videos of talks by expert speakers on education, business, science, tech and creativity. The talks are posted online for free distribution under the slogan “ideas worth spreading”.

The last was particularly compelling for Ansu, who has a passion for public speaking. He devoured TED talks through the Rachel device, using the techniques and skills he learned to become one of the best debaters, not only in his school, but in the entire district. Finally, he won a regional debating competition.

“I have experienced a lot of positive changes in my life and my academic work since I started using the Rachel,” he said. “Due to the increase in my academic performance in school, I was featured to be the senior prefect of my school.”

Not surprisingly, Ansu intends to pursue a degree in information, communications and technology.

His story was showcased at last week’s Cisco Live conference in Barcelona, where the prime focus was on new technology for making the internet more effective, but corporate social responsibility initiatives were always at the forefront of activity and discussion. 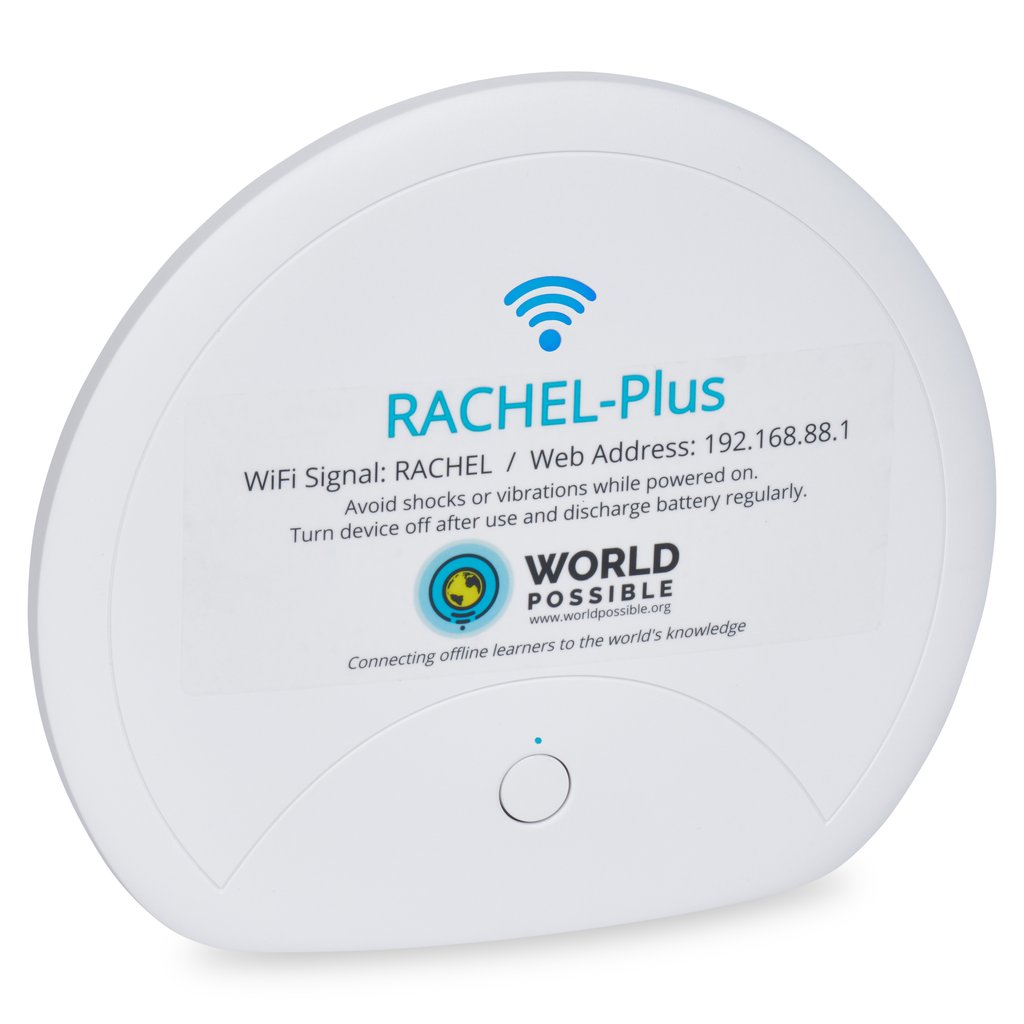 The Rachel Plus device.

How Rachel was born

“We look holistically at what we’re doing with technology and how we can use it for good,” said Chintan Patel, chief technology officer for Cisco UK and Ireland.

“Probably more importantly, we’re big believers as a company and as individuals that we should harness the power of connectivity and technology and deliver it to as many people as possible, because it can make the future better.

“But … just providing connectivity and just giving people that connectivity won’t be enough. We need to provide the skills to be able to use that technology and do something with it, so that’s been the mission for our broader programs in the company.”

Rachel wasn’t a Cisco project as such, but came about when a Cisco Systems engineer, Norberto Mujica, visited Ethiopia in 2008 to teach at a university.

The establishment had a large number of computers – but no internet access. Mujica started with a simple solution: put together a collection of materials that could be stored on a server at the university, to give all students access to that content.

But when he returned to Ethiopia with three Cisco colleagues, they realised that the idea could benefit all children and students. They founded a non-profit organisation (NPO) called World Possible.

It wasn’t plain-sailing, though. Venture capitalist Jeremy Schwartz joined the team as a volunteer director and led a mission to Sierra Leone the following year. However, it ended in failure as the country was still recovering from the aftermath of its disastrous civil war.

But on the ground, Rachel was quietly planting its own roots. It began taking off in Uganda, and media coverage of the initiative in that country revealed that there was still massive appetite for the solution.

Schwartz quit his full-time job, and “rebooted” World Possible. Today it is active in 26 countries, including Namibia and a revived Sierra Leone rollout.

While the project itself is not a Cisco initiative, the company has been fully supportive of its engineers’ participation. It is now funding a new project for World Possible that will allow the NPO to gather data from all of the Rachel devices around the world.

World Possible volunteers can visit a community with a Rachel device, upload usage data from Rachel devices onto Android phones, and aggregate it for analysis.

“This is an exciting next step for us,” said Schwartz. “It will allow us to analyse what is being used and bring that data back to the content providers.” That, in turn, will allow providers of free content to adapt and refine their material to better meet the needs of users.

Africa has been the inspiration for many Cisco initiatives. Sarah Eccleston, managing director and global chief technology office for commercial and small business at Cisco, spends much of her spare time on the continent, looking for ways to combine her love for both technology and endangered animals. 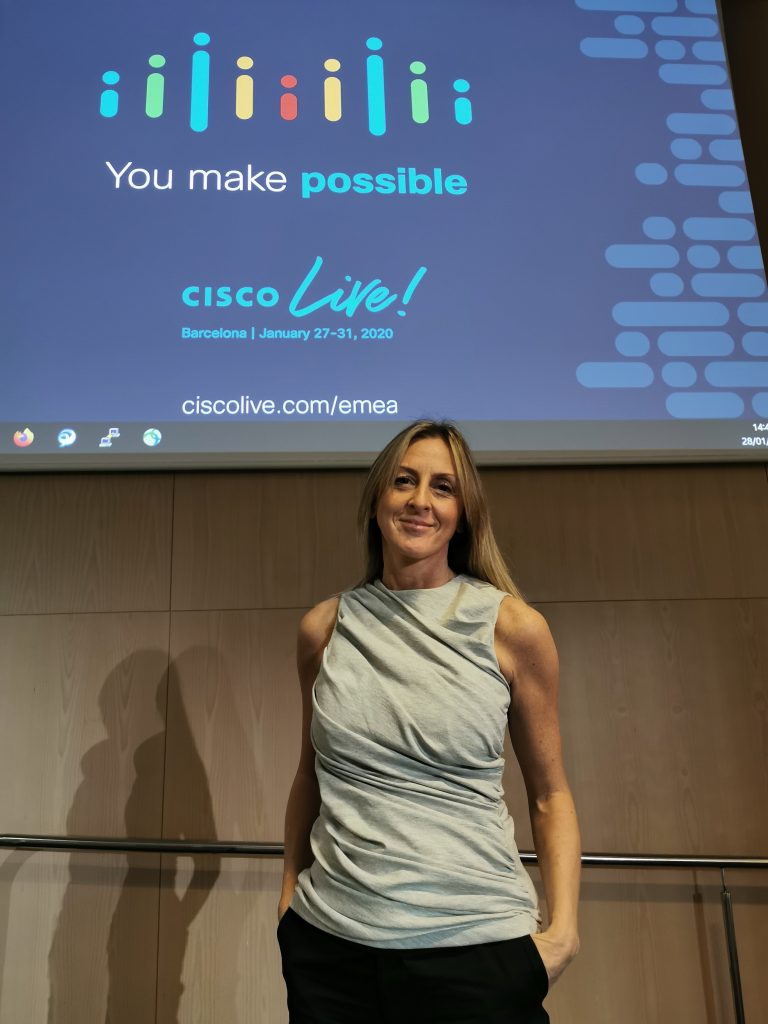 Two years ago, she spent a month living in an elephant orphanage in Zambia, and came up with the idea of connecting an elephant to the internet as part of an initiative to reduce ivory poaching. While that may have been a startling idea, it built on a conservation heritage at Cisco.

In 2015, it partnered with one of South Africa’s most respected information technology companies, Dimension Data, to help protect and stop the poaching of rhino. They launched Connected Conservation, starting with a pilot in a private game reserve next to the Kruger National Park.

The solution required installation of an advanced form of Wi-Fi, CCTV cameras, acoustic fibre surveillance, and electric fencing around the area. The impact was dramatic: in just one year, the number of rhinos poached from that reserve fell from 54 to zero.

The team then worked with a South African non-profit at the Ezemvelo Nature Reserve, where they attached sensors to rhinos to measure heart rate and blood pressure – which can show signals of distress. This helps rangers identify possible poaching incidents without having to incur the high costs of monitoring an entire reserve.

Conservation of animals and sustainability of the human race go hand in hand, Chintan Patel pointed out.

“We have a big opportunity for technology to play a much bigger role in a much more sustainable future. We’re putting the building blocks in place now for what we believe the Internet and the future will need. We look forward to the bigger impact it will create.”