The humble carrot could be the superfood of the 21st century, if a pioneering farmer has his way. The rural suburb of Tarlton, northeast of Johannesburg, is best known for the International Raceway that is the region’s home of drag racing. It is a little startling, then, to find the race track is near neighbour to the largest carrot farm in Africa.

Not only that, but that the farm is at the heart of a revolution that combines breakthroughs in both nutrition and the technology of juice extraction.

Greenway Farms produces 40% of SA’s carrots, harvesting 300 tons per day and shipping them across the country under the brand name Rugani.

It is even more astonishing, then, to discover that the farm’s co-founder, Vito Rugani, was sleeping on the floor of a flat in Hillbrow three decades ago.

He came from a farming family, did a BSc at university and then worked on a family farm for about seven years. But when he went out on his own in 1991 to pursue a different lifestyle, his family disowned him.

He would later marry Nomakeme Mxatule, who moved from the mountains of Transkei to find work in Johannesburg. Today they have eight children, of whom six work for Greenway Farm in roles ranging from sales to information technology.

At that time, however, he was down and out. He and a friend, Vincent Sequeira, decided to go into partnership to buy a small plot of land outside Johannesburg, with a little help from friends who made small investments. 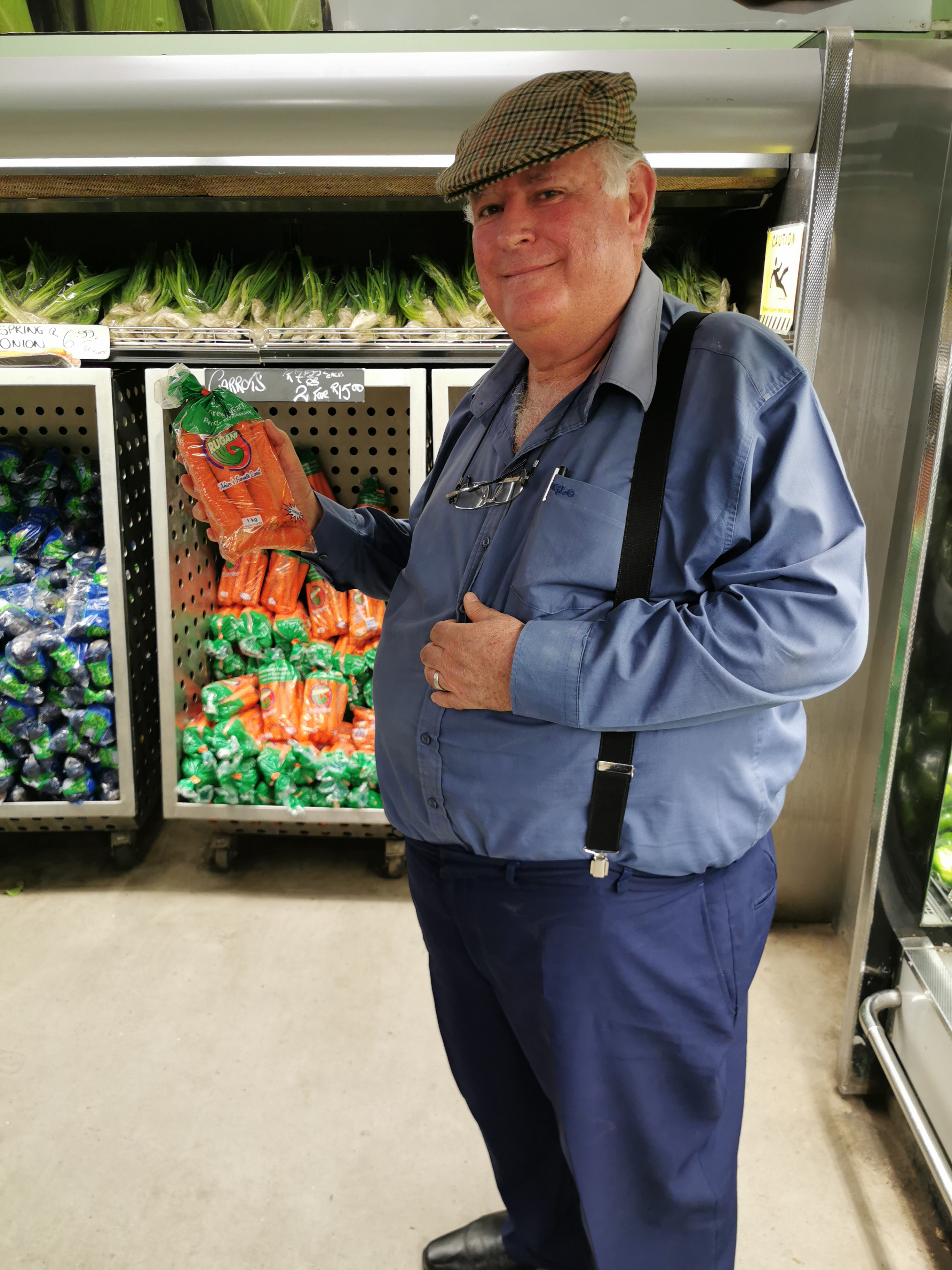 Vito Rugani, co-founder of Greenway Farm and the Rugani carrot and juice brand, with the carrots that bear his name. Picture: Arthur Goldstuck

Over the next decade, they slowly evolved from a 20ha market garden into a highly specialised commercial carrot production unit.

But it would take another 10 years for them to make the breakthrough that would lay the foundation for a technology revolution in carrot juice specifically, and nutrition more broadly.

“We did a lot of travelling and went to see how other countries did production, and then came home and applied that same knowledge,” Rugani says.

“So we’ve always had an institutional memory of being technologically advanced. It’s easy to just do what everybody else is doing. But to get that quantum leap forward is not so easy and requires a lot of exposure, reading, investigation and making the right choices – and is usually associated with a considerable amount of risk.

“By 2011 we realised we were sitting with a huge amount of second-grade byproducts that couldn’t be sold. A quarter of any carrot crop is not acceptable aesthetically to sell on the first-grade market.

“That’s a problem with any form of food, but carrots in particular, because they break. So you’re sitting with carrots that are of the highest quality, but they’re not visually appealing. And we had to do something with it. The decision was made to go into juice.”

The rest is history. A few weeks after hosting us at his farm, Rugani has made the trek into Randburg to meet at MSquared, a bakery and restaurant in the Carreira Centre in Ferndale. The location is highly significant: the centre is home to the Randburg Fruit & Veg Market, the first outlet in SA to stock Rugani vegetable juices.

Recently, the carrot juice was joined by beetroot and pineapple juice, as well as juices infused with ginger and turmeric.

But between the farm and the store lay a massive learning curve.

“It’s easy enough to go into juice … buy some second-hand equipment, and do juice the way European or American companies were doing it,” says Rugani.

“But 10 years ago, we wanted to do it in a way nobody was doing it. We wanted to get 10 years ahead of the curve, because that had been our philosophy since the very beginning, and that’s how we grew our farm from 20ha to 2,500ha.

“We started investigating what’s new in the carrot juice world. I started on the internet, searching documents, reading scientific publications that were cutting-edge, papers by people who had seen things that nobody else had seen.”

He discovered a dirty secret that underpinned not only carrot juice, but almost all fruit and vegetable juices: that their claimed nutritional benefits were almost non-existent. 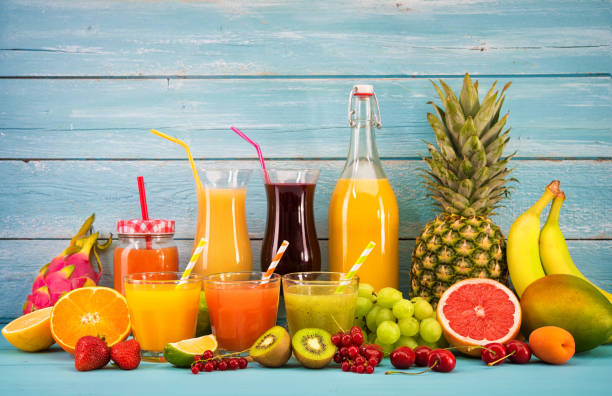 Most fruit juices were reduced to a concentrate, which would then be combined with water, preservatives and other additives to ready it for the shelves – often months after the fruit had been harvested. But even “fresh” carrot juice as it used to be made was lacking.

Rugani becomes somewhat technical as he explains what happened next.

“The key was the effective extraction of total soluble solids – the solids dissolved in a substance – to get maximum carotenoids, the source of beta-carotene, which has massive health benefits. Not only to get it out of the plant and vegetable root, but to get it into a bioavailable form in solution, but still viable as a source of nutrition.

“A total soluble solid is usually very difficult to extract, because you can’t just wash it out; you can’t just squeeze it and out it comes. You could do that, but then you’d get probably about 0.4 milligrams per hundred milligrams.

“If you deliberately applied yourself extracting the total soluble solid through a relatively simple technology, you’d get over 10 milligrams. It’s nothing groundbreaking, just a mentality of how you’re treating the product.”

He came across a world-leading specialist in the topic, Professor Gabriele di Giacomo of the University of L’Aquila in Italy.

Rugani says: “He was one of those enthusiastic scientists who realised the nutraceutical value of viable bioavailable beta-carotene. And he said it’s not that hard. It can be done. And he was right. It was about a combination of freshness, the extraction technology and viability of the end-product you want to get into the box. 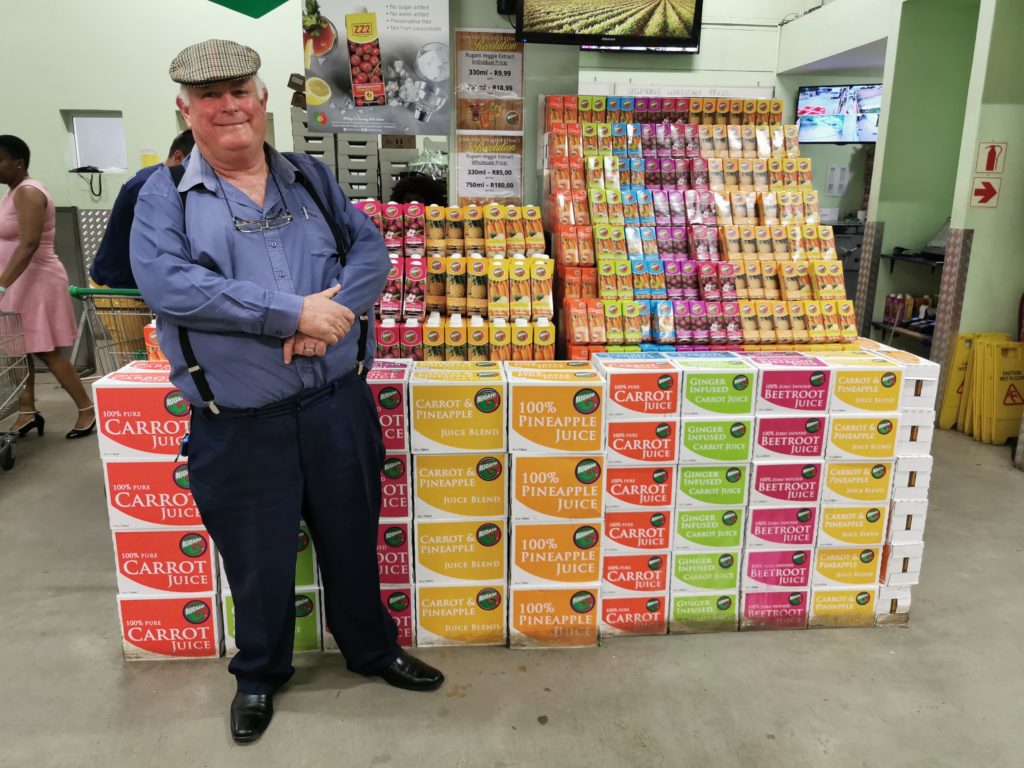 Vito Rugani at a display of his juices in the Randburg Fruit & Veg Market, the first outlet to stock his juice. Picture: Arthur Goldstuck

“Put all that together and you have superfood. Superfood is what everybody’s talking about but that very few people can do effectively on a commercial scale. I don’t think we’ve made any breakthroughs on the know-how, but it was definitely a breakthrough on the commercialisation of the know-how.”

The real advantage was that Rugani had 80 tons of carrots at his disposal – every single day.

“Most people, if they did the research, will also find the technology freely available, but to actually have 80 tons of fresh carrots every day, to get it into a container within hours, capturing it in a bioavailable form, was a huge breakthrough in its own right. And you’re not going to do that from scratch. You have to be a carrot farmer to do that.”

The consequences of this breakthrough, he believes, goes far beyond his own brand.

“One of the things that the modern body is most short of is a viable and reliable source of beta-carotene. It’s the most powerful anti-cancer agent; it is known as a chemo preventive.

“Many scientists think that when beta-carotene is fully understood by the world one day, it is going to be as effective to combat disease in human health as penicillin was in the last century.” 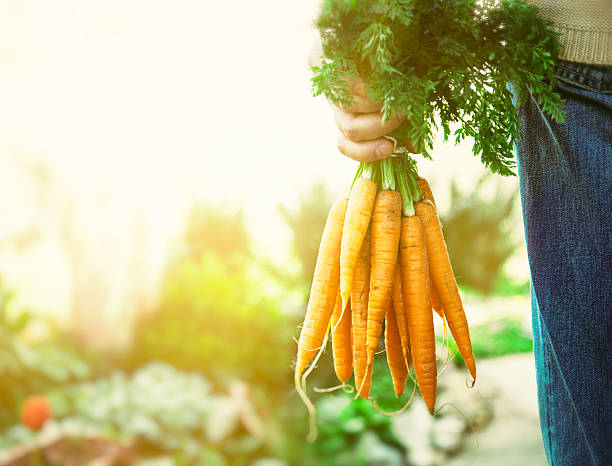 The dirty secret of fruit juice

It’s fairly common knowledge that fruit juice can be as unhealthy as sugared cool drinks. But few understand why it gets such a bad rap. The bad news is that, even when its mixed with carrot juice in the traditional way, it does not restore the nutritional value.

“When they make  a juice, they boil the fruit in water to make concentrate, and reduce it to a sixth of its volume. But once you’ve got a carrot concentrate, for example, you’ve destroyed everything that you could hope to have in there. The beta-carotene will no longer be viable.  It’s just orange goo.

“People are using that now and mixing it with fruit juices, to give you the marketing advantage of having a vegetable in your fruit juice, because fruit juice is on a slippery slide down. They think by adding a carrot concentrate or a vegetable concentrate, you’re going to enhance the credibility of the fruit product.”