Project helps develop the next generation of digital leaders in Africa A partnership between the African Union and VMware is hoped to give new impetus to preparing Africa’s youth for the future.

The woman in the regal red dress and gold turban cuts a dramatic figure as she sweeps through the halls of the Fira Gan Via expo centre in Barcelona, Spain.

She stands out in sharp contrast to thousands of hipsters in hoodies and businessmen in dark suits thronging the halls. But she is on a mission that will bring true relevance to the work of many of these conference delegates.

She is Sara Anyang Agbor, commissioner for HR, Science and Technology at the African Union Commission.

Agbor is at the VMworld cloud conference to sign a memorandum of understanding with the event hosts, VMware. They are formalising a shared commitment to developing the next generation of digital leaders in Africa in a project called Virtualise Africa.

When Agbor began her career as as a lecturer in the department of English at the University of Yaounde in Cameroon in the early 2000s, the last thing she worried about was technological infrastructure. But fast forward a decade and a half, and she talks of little else.

Agbor is passionate about preparing Africa’s youth for the future. Her focus is still on education, but she discusses it in terms far removed from her PhD in English literature.

“Nelson Mandela said it very well, that education is the greatest weapon that can transform the world, but what kind of education are we talking about?” she poses the question after signing the memorandum.

“We’re talking about the education that can lead to the future of work. It is no longer about us having degrees in history and degrees in English, etcetera.

To that end, VMware will work with the African Union to bring to the continent the VMware IT Academy, a network of educational institutions that provides students with access to learning certification opportunities and hands-on lab experiences with VMware technologies. 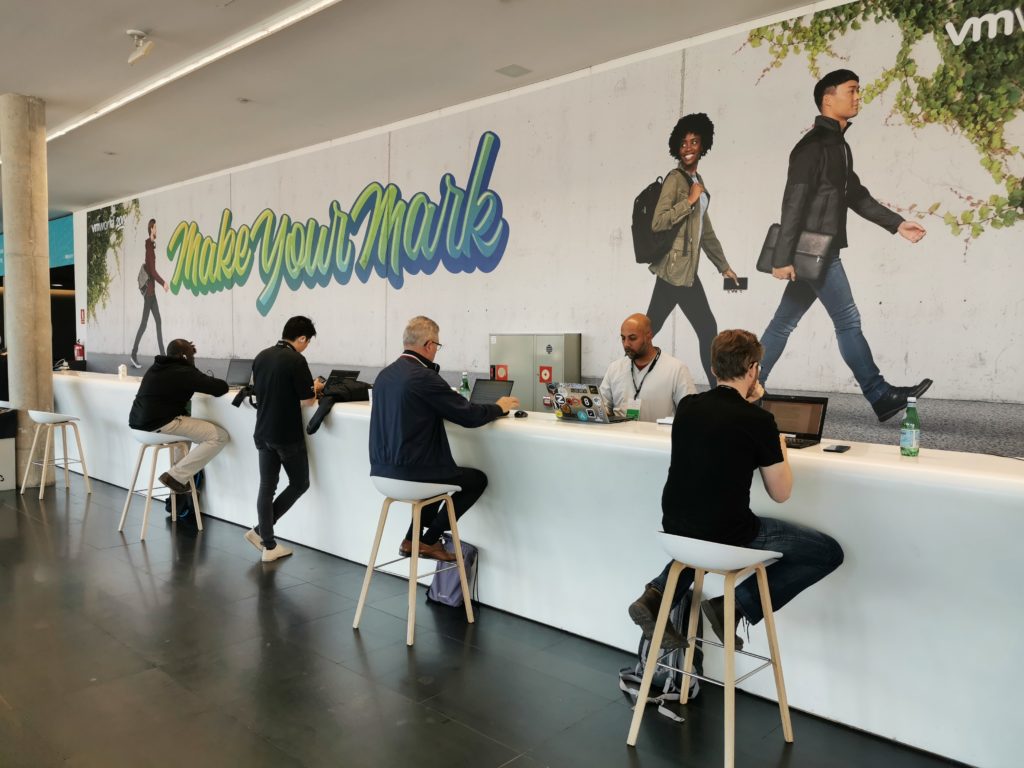 VMware is the world’s leading developer of software for managing data centres and businesses’ adoption of cloud computing, generally referred to as virtualisation.

It is a strategic partner of cloud giants like Amazon Web Services, Microsoft and Oracle, which are all setting up data centres in SA, and creating thousands of jobs across the continent.

As such, VMware technology skills and certification represent a direct path into careers that are tailor-made for the digital revolution sweeping the world.

Everline Wangu Kamau-Migwi , channel lead for VMware in East Africa, responsible for setting up the VMware IT Academy in the region, says the agreement is an outcome of the company’s quest to use “ technology as a force for good”.

“We asked how we as VMware can play a role in bridging the digital skills in in the African continent,” she says.

“Virtualise Africa was born, with a key mandate around education. We’ve partnered with learning institutions, starting with universities, a little over 30 in Africa, where we are now giving them material, learning resources, and labs, and they’re able to acess this using a methodology called ‘train the trainer’.

“It focuses on the faculty, on the staff, for sustainability of the programme within the learning institutions. Appreciating the fact that VMware virtualisation is the core of cloud computing, this is a technology that is well-appreciated across Africa.

“But we find that we are not moving at the pace we need to, especially in the adoption of emerging technologies, because we don’t have those skills.

“VMware also has a huge ecosystem with both a partner and customer ecosystem. So we looked at how we can leverage this ecosystem and ensure that those students who are graduating are able to innovate, are employable, and can be enterprising while doing that.”

Globally, around 550 institutions are part of the programme, with the University of South Africa the first in this country coming on board. VMware also supplies licenses to several thousand institutions around the world to teach the curriculum with its products and solutions.

Enter the African Union (AU). It has 55 member states, and the bulk of their populations are youths.

In response, the heads of states of the AU came up with a plan called agenda 2063, essentially a blueprint of the Africa they want to see by 2063. It is a 50-year plan, but divided into five phases of 10 years each.

“The eight departments in the AU commission each have a mandate to come up with projects that have an impact on social, economic development and sustainability levels.

“Agbor’s department has the responsibility of capacity building and creating human resources for different kinds of jobs in the market.”

As much as this vision feeds into the concept of the fourth industrial revolution, however, Agbor is not convinced that should be the focus.

“When we look at ourselves as Africans, when we look at the continent, what are the things we are lacking? Where are the challenges, how can we create an African solution to the African challenges?”

In response, the AU came up with the “1-million by 2021” initiative, to train one million African youths in employable IT skills over the next two years.

“Here we are saying, we need to empower the youth of Africa in four Es: the E of education, the E of entrepreneurship, the E of empowerment and employment, and the E of engagement. We need to get them engaged; we should not treat them like people who do not have a voice.

“Under the E of education, there are several pathways. The first one is internship and scholarship, and VMware’s involvement was in this internship scholarship. The second one is alternative learning.

“Then, of course, virtualisation and cloud computing is an alternative way of learning, and speaks to the future of work. The fourth one is teacher-training professionals.”

The partnership with VMware, says Agbor, is in the spirt of ubuntu.

“That Africa dream that we are envisaging by 2063 can only be realised if the right infrastructures in Information and communications technologies are put in place. If not, there will be no dream, but there must be a dream, and there is a dream. So this partnership is in the spirit of ubuntu.” 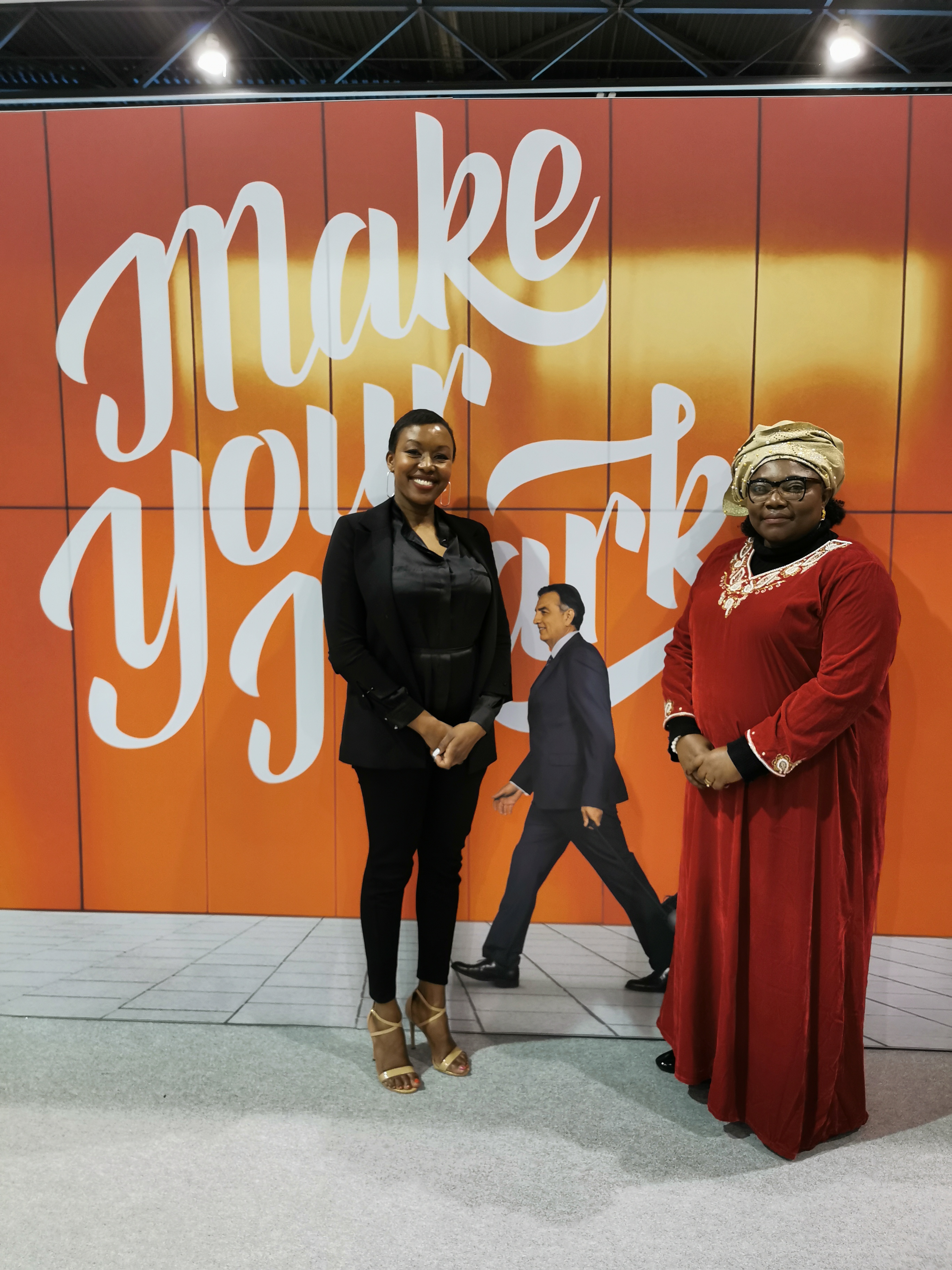 What skills do Virtualise Africa offer?

“The beauty about what the VMware IT Academy has offered for the Virtualise Africa programme is that the content is very well structured,” says Everline Wangu Kamau-Migwi, channel lead for VMware in East Africa.

“It is a phased, staged approach, that is targeted at different tiers of our solutions.”

Stage one is a self-paced nine-hour core foundational element, for students to get an introduction to virtualisation.

In the second stage, which takes around 40 hours, students learn about digital business and related aspects of digital transformation. From there it becomes progressively more technical, up to a fifth, expert stage.

“Every stage is globally recognised. At the first stage, they get a badge, but from stage two to five they get certificates.

We do expect those interfacing with this material to be able to be on their own, but also we appreciate the concept of blended learning. So we also offer instructor-led learning for stage four and five.”

At that level,  the job market begins to open to students, since VMware partners are required to hire people with these certificates, showing proficiency in the skills to be able to implement VMware solutions.

“These are real, in-demand skills that are being offered, that are globally recognised,” says Kamau-Migwi.