Light version of Google app to be released worldwide To date, the app has been downloaded over 100 million times.

At just 7MB in size, the app uses 40% less data than the Google’s classic Search app. This makes it ideal for older devices, or those with little storage. The only minimum spec is that the device runs Android Lollipop (5.0) or above.

The stripped-back app nonetheless features a number of useful features and can handle voice queries. To date, Google Go has been downloaded over 100 million times. 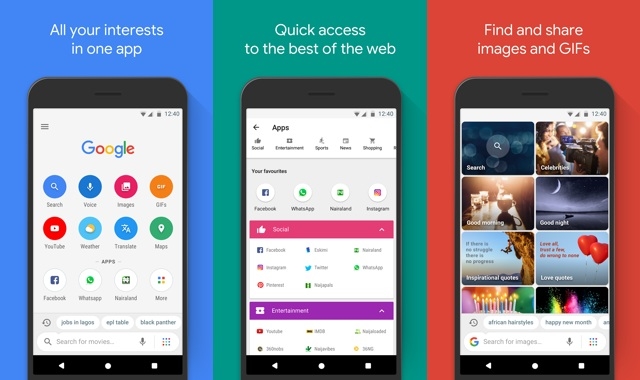 In 2017, Google introduced Android Go, a lightweight version of its mobile operating system, with developing markets in mind, and a number of key Android applications have likewise been put on a diet since.

Gmail Go, YouTube Go, and Maps Go have been released. They consume less data while offering nearly the same functionality as their heavyweight counterparts.

You can download Google Go now on the Google Play store.

Our top Google searches of the decade were just plain embarrassing 25.12.2019
Google, Microsoft improve tech accessibility in time for the International Day of Disabled Persons 5.12.2019
This app can turn your iPhone into an iPod Classic 29.11.2019