It’s one of the best-hyped secrets in the gaming universe, but tomorrow all will be revealed. That’s when Lego’s iconic plastic bricks enter the world of augmented reality, unlocking hidden levels of gameplay.

A new Lego series called Hidden Side, comprising scenes, scenarios and characters inhabiting a haunted world, is already in stores. However, the packaging introduces a concept that previously relied entirely on the imagination.

“See your set come alive,” every Hidden Side box proclaims, with an image of Lego characters and scenes viewed through a smartphone.

The idea is that one downloads the Hidden Side app onto a handset and, when focused on specific elements of a completed set, one can view and follow adventures that are impossible in the physical world. The only clue given by Lego is that “kids must turn a haunted world back to normal, one ghost at a time”. 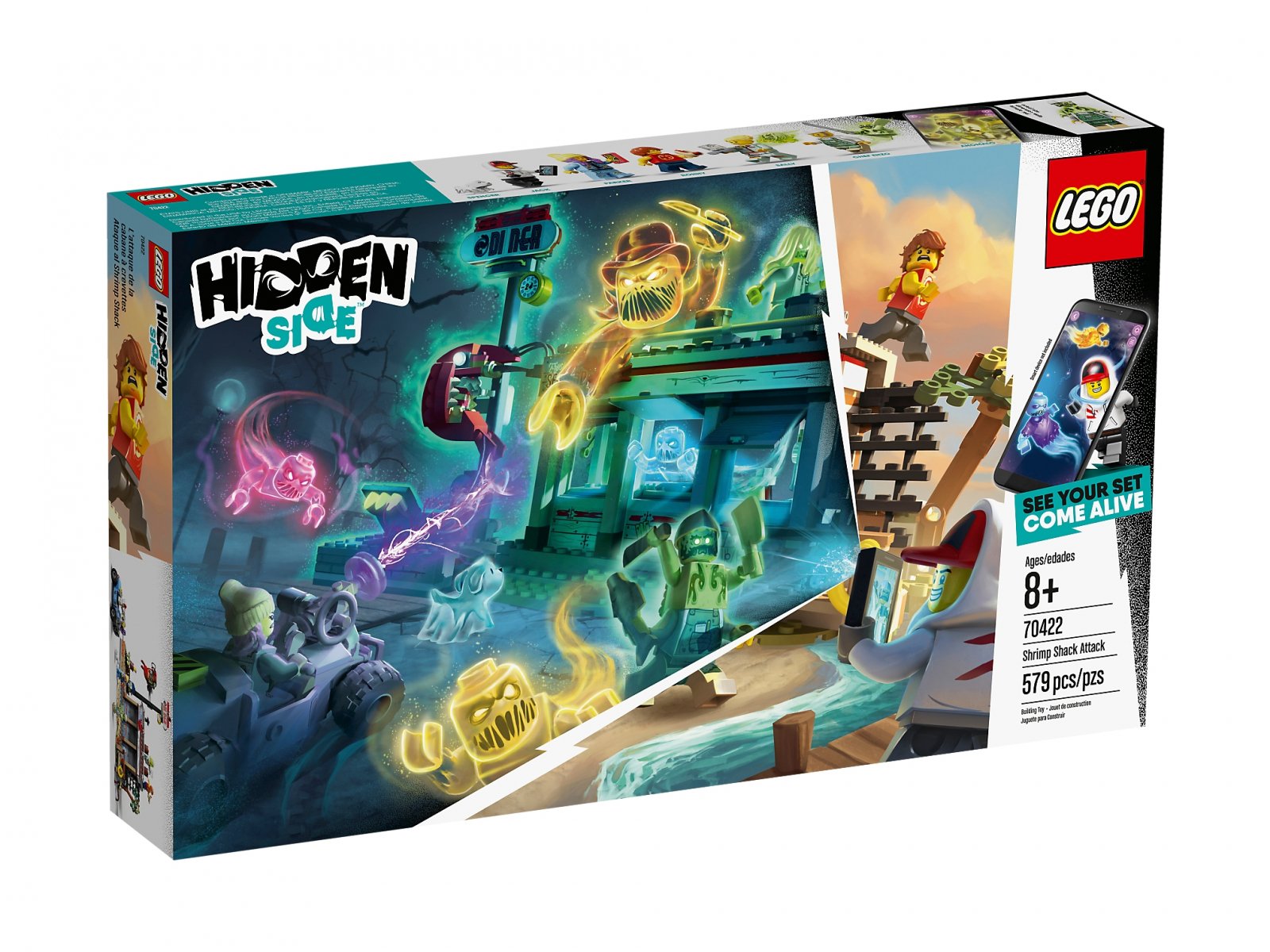 The Lego Group unveiled the Hidden Side play theme during the American International Toy Fair in New York in February, and has kept the world waiting almost six months for the full reveal.

“Our years of experience pioneering the convergence of technology and physical play have taught us that kids expect exciting play experiences that move seamlessly between physical and digital worlds – something we call fluid play,” says Tom Donaldson, senior vice-president of the Creative Play Lab at the Lego Group.

“At our core we focus on tactile building, but AR (augmented reality) presents opportunities to enhance physical Lego play with new action and mastery elements. We’re breaking the mould of gaming-first AR (augmented reality) play to create a new type of play where the physical world actually influences the AR layer, instead of the other way around.”

We tried our hand at building two of the Lego sets to get a sense of how much fun they offer before the app is activated. JB’s Ghost Lab and El Fuego’s Stunt Truck seemed to offer two very different experiences. The build is straightforward but fun, with fresh Lego experiences.

For example, all characters have two faces, typically a smiley face on the front and fierce expression on the back, depending on the mode in which they are being played. 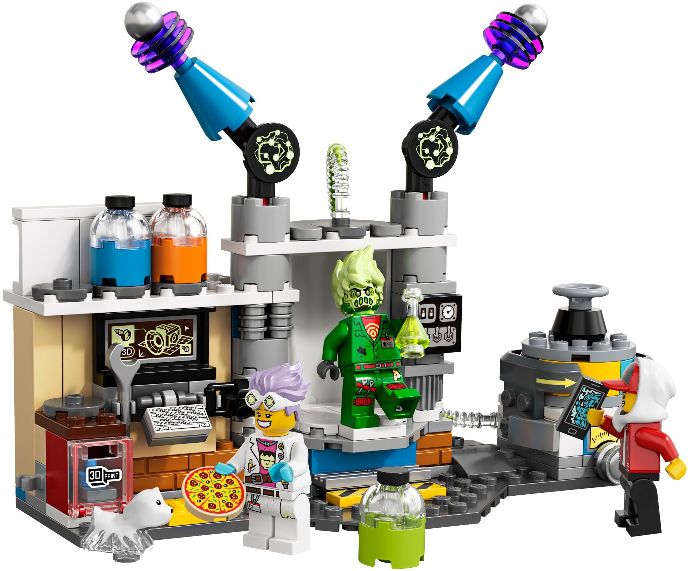 The green tint on some of the characters represents a new shade of Lego brick.

In JB’s Ghost Lab, a gadget that is growing in popularity makes its first appearance in the Lego universe: a toy 3D printer. The set already comes with the printer’s first apparent output, a mystery object that will probably have its role revealed via the app.

The scenes include incredibly fine detail in the artwork on the characters and sets, down to screwdrivers and spanners in belts, and Post-It notes on a wall. Spencer the ghost dog has translucent elements on his body, making him the cutest supernatural creature in the Lego world.

The truck does a duet in building and play with an easy-rider style motorbike, with its own level of fine detail. Oh, and it includes Spencer the ghost dog. Because you can never have too many ghost dogs. 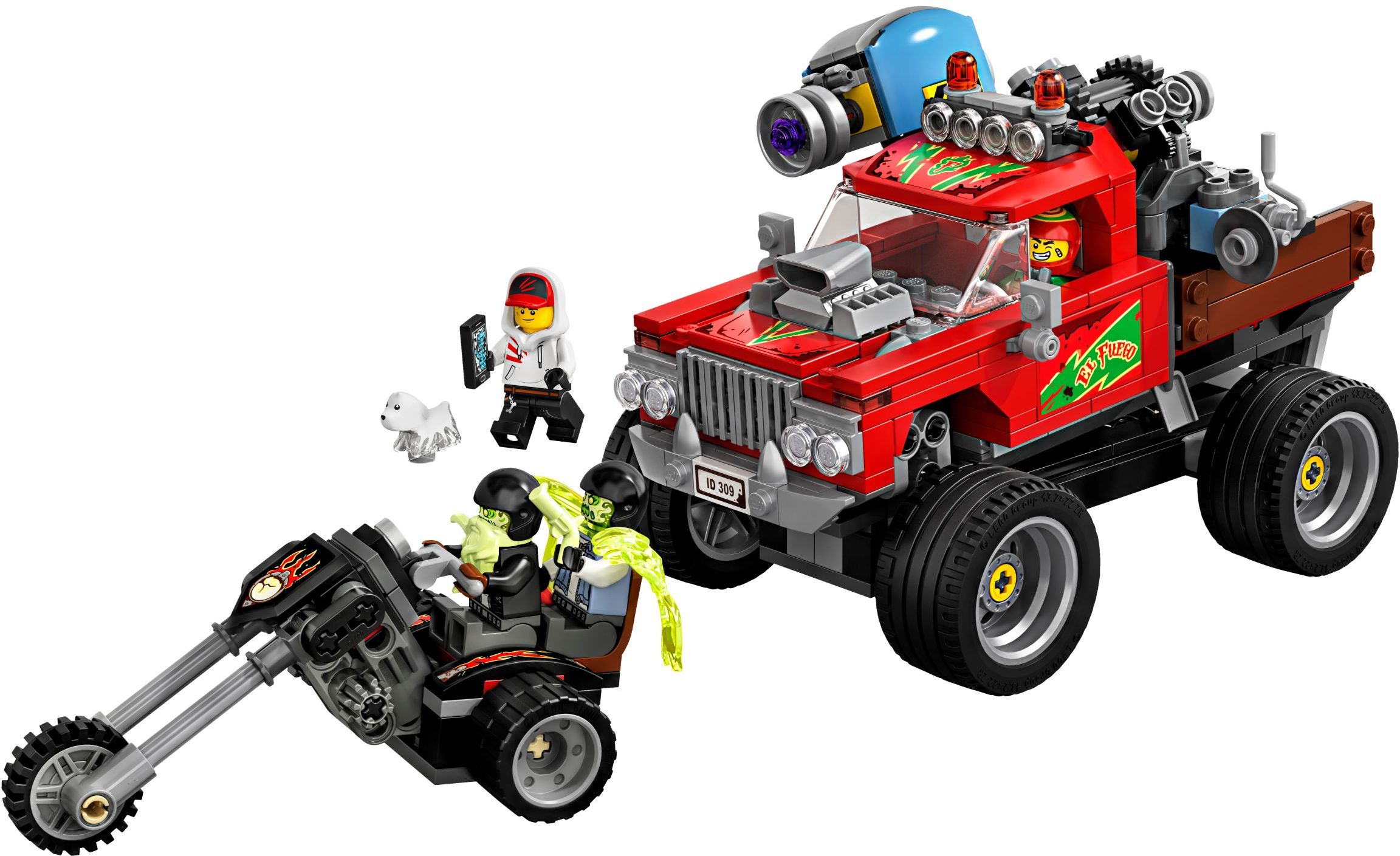 This is what we know about the workings of the AR app:

• Lego Hidden Side includes a series of eight “haunted” building sets, which include functionality and secret surprises that, on their own, already provide the build and roleplay of any Lego play theme.

• Each model can be built as it appears by day, such as a school house, bus or graveyard, but through the app transforms into the haunted version of itself.

• Activating the dedicated augmented reality app developed for the theme brings the models to life.

• Lego promises a hidden world of interactive mysteries and challenges to solve.

• The packaging suggests additional characters in the AR experience.

• The app lets one assume a first-person perspective with two characters – Jack and Parker – as they explore their hometown of Newbury, using their mobile phones to see and solve paranormal mysteries beneath the surface of their environment.

• The app can be used to detect virtual ghosts inhabiting the play sets.

• Game play prompts one to hold the phone up to the physical Lego models and interact with various “points of possession,” which release virtual ghosts that must be “captured” to stop the haunting.

• The app experience will continue to expand after launch, with the addition of new ghosts and game challenges, and randomisation of gameplay. That implies the experience will be different every time one plays with a set.

Possibly the most intriguing aspect of the app is that various scenarios involve dynamic gameplay that requires one to “keep one hand in each world” to progress the play.

Donaldson says: “As we have designed Lego Hidden Side, physical manipulation of the Lego models alters the AR experience, and the AR experience prompts new things to discover in the physical models, creating a deeply engaging reciprocal play experience in two worlds that has never been seen before.”

There is a bonus in the app for those who want to explore it without owning any of the kits: it includes a digital game that can be played independently of the sets.