It’s called a smart feature phone and it offers the world of apps at prices never seen before on smartphones.

But the new Smart S from MTN is not only one device: it represents a new operating system that will bring similar functionality to a wide range of feature phones.

The Smart S is the first phone available in South Africa to use KaiOS, an operating system developed by San Diego-based KaiOS Technologies. Founded in 2017, it has raised $79 million (about R1.16 billion) in funding, including $22 million from Google and $7 million from Indian mobile operator Reliance Jio.

It is especially appealing in emerging markets, where the typical prices of smartphones – starting at R600 for most entry-level devices and R1 200 for mid-range handsets – put them out of reach of most of the population. The Smart S retails at R249. 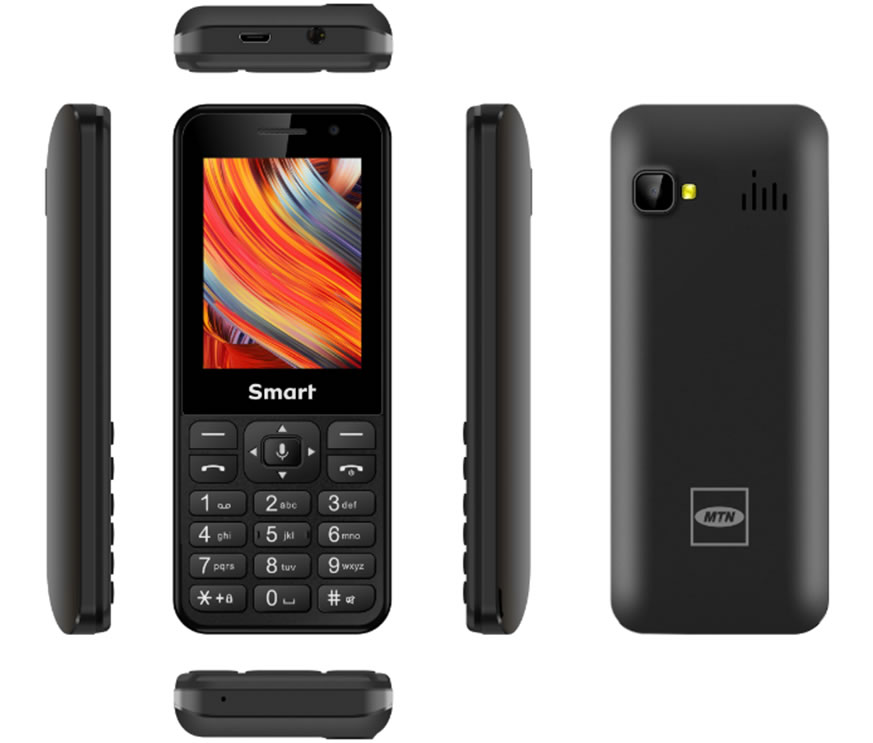 KaiOS Technologies has also announced partnerships with operators in Algeria, Egypt, Morocco, Kenya and Tanzania, who will all launch mobile phones running on its operating system.

The phones come pre-installed with the KaiStore, an app store similar to Google’s Play Store, along with Google Assistant, Facebook, Google Maps, YouTube, and Twitter. The operating system itself requires little memory, and Lite versions of many apps are available.

The founder and CEO, Sebastien Codeville, says traditional smartphones are too expensive for large parts of the population in these markets. “Our mission is to close the digital divide by bringing advanced digital services to the billions of people who are still without internet,” he said.

“We are living in a country where affordability of smart devices is one of the biggest barriers to internet access,” says Jacqui O’Sullivan, executive for corporate affairs at MTN South Africa.

“The device comes at a right time as we recently launched MTN Chat recharging channel, which puts customers in charge by allowing them to conveniently top up airtime and data bundles on the popular instant messaging platform, WhatsApp.” In an interview with KaiOS marketing director Tim Metz at Mobile World Congress in Barcelona this year, he told us that KaiOS devices were available in 16 countries in Africa.

“The rationale for the device in general is that there are three billion people worldwide who are not connected because they have 3G phones without data, or no phone with an internet connection at all. We think the best way to connect them is through mobile, and smartphones are too expensive.

“The best approach is to use the feature phone format and then bring essential smartphone functionalities to that form factor. On the one hand you can include technology like 3G, 4G, WiFi and Bluetooth and on the other hand, an app store.

“You then get a phone that is a feature phone, but has Google Assistant voice navigation, a useful feature on phones without a touchscreen, and one you only expect from smartphones.”

Metz says one cannot simply load the OS onto feature phones. KaiOS works with manufacturers like Nokia and Bullit, providing the OS while they design or adapt devices around it. “One interesting model that we launched in Indonesia, the Wiz phone, is a 4G LTE phone that retails for only $7. It is a partnership with the manufacturer, but also with a bank and retail store, so it comes with the apps from the retail store and bank, and they help to subsidise it.

“We sell it in vending machines in supermarkets, across 10 000 stores. Because it is much cheaper than a smartphone, the risk is manageable. It’s almost what they would pay to acquire a single user on Facebook as a follower.

“In the second half of this year we will see similar partnerships in Africa. The interesting thing is the model behind it, because we can replicate it with other parties in other regions,” he said.

KaiOS has rolled out with operators in the following emerging markets:

KaiOS has a user interface optimised for nontouch phones. The platform supports 3G and 4G/LTE, as well as Wi-Fi, GPS, and NFC. It works with chipsets from all major manufacturers, including Qualcomm, UNISOC, and MediaTek.

KaiOS says it offers a smooth user experience on devices with as low as 256MB of RAM.

Through the KaiOS Developer Portal, app developers can create their own content for KaiOS and have it published in the KaiStore. Using KaiAds, content owners can monetise apps and services on KaiOS, while brands can reach a new segment of users with ads.

News is the first news app in KaiStore, developed in-house with content fed through Opera News. It gives users access to a tailored feed of relevant news based on their location, language and chosen categories.

Users can choose from the 44 available regions and languages to customise news specific to their location. Updated every 15 minutes, it can be personalised from 12 categories, such as business, sports, entertainment and food.

While News will not come pre-installed in KaiOS devices, it can be downloaded free via the KaiStore. For more information on apps, visit KaiOS.