The unveiling of a new brand by Acer recognises the massive computing power needed in creative professions.

It’s a crisp spring morning in Brooklyn. The regular water taxi from Manhattan pulls up at Duggal Greenhouse on the edge of the East River. It’s a building that symbolises the rejuvenation of Brooklyn as a hub of artistic and creative expression.

Inside the vast structure, global computer brand Acer is about to unveil its own tribute to creativity. Company CEO Jason Chen takes to the stage in faded blue jeans and brown t-shirt, underlining the connection of the event to the informality of the area.

“Brooklyn is become more and more diverse,” he tells a gathering of press from around the world, attending the Next@Acer media event. “It’s an area that is up and coming. It represents new lifestyles. And our theme today is turning a new chapter for creativity.”

Every year, Next@Acer is a parade of the cutting edge in gaming and educational laptops and computers. New devices from sub-brands like Predator, Helios and Nitro have gamers salivating. This year is no different, but there is a surprise in store, hinted at in Chen’s introduction.

As a grand finale, he calls on stage Angelica Davila, senior marketing manager for Acer Latin America. She also has a Masters degree in computer and electric engineering. A stint at Intel, where she joined a sales and marketing programme for engineers, set her on a new path.

For the last few months, she has been helping write Acer’s next chapter. She has shepherded into being nothing less than a new brand: ConceptD.

“ConceptD is a brand that revolves around creators. It’s truly an invitation to create,” she says. “We noticed that 50% of people buying our gaming products were not involved with gaming. They were looking for a product that was powerful enough to run their software and to do their everyday design work. They needed a machine specifically for that.”

In an interview later, she elaborates on the thinking behind the range: “When we did research with creatives, we noticed they didn’t necessarily want to express themselves with computers: they used it as a tool, but wanted something seamless, a monitor and a keyboard that seamlessly blends into their working environment.

“Gaming machines cover a wide spectrum of audiences who do other things as well, and they weren’t entirely satisfied with gaming machines. They all expressed a need for a high-quality display for making sure you have the exact colour reproduction, so that what you see on screen is what you get in print. If you work on different displays, you see the same colours throughout.” The result is a range that includes three laptops, two desktop computers and two monitors. But it is the specifications of these devices that make the designer sit up and take notice.

It starts with the low-end ConceptD 5, although “low-end” is a serious understatement. This is a 15.6” laptop with an Ultra High Definition screen, eighth generation Intel i7 processor, and up to one terabyte of storage on a fast solid state drive (SSD), in a machine weighing just 1.5kg.

The top of the range ConceptD 9 is a mouthwatering dream machine for designers. With an 17.3” Ultra High-def inition screen, it offers up to one terabyte SSD storage and 32 Gigabytes of RAM, meaning that far more processes can be run in memory that is instantly accessible.

It has four built-in stereo speakers, and a touch-screen with pressure sensitive stylus. It is designed with a built-in stand that allows it to swivel, easel-style, to any angle above the keyboard. At 4.1kg, it is far heavier than the average laptop, but it provides portable design power that justifies the weight.

The PC range takes that power to new limits. The flagship ConceptD 900 is a tower case that includes 12 memory slots that allow up to 192GB of RAM. A further five storage bays allow for two conventional hard drives and an SSD up to one terabyte (TB). Total potential storage? A staggering 60TB. “Memory and storage are critical for simulation,” says Davila. “Another big thing was silence. Creative workers think the more performance you have, the more fan noise you have. That’s not necessarily so.

“We have close to 400 patents on thermal technology. We’ve worked on thermal solutions to ensure we bring down the noise level to less than 40db, basically the noise level of a library. You don’t want to be on set on location in the middle of move or ad production and your fan is going off.”

“Like we did with gaming, where we inferred what the needs were for gamers, we are doing the same for creatives. We believe it’s a strong enough opportunity to have a dedicated line. Technology is moving so fast, different niches are being created as we speak. It’s likely we will see other niches emerge and gather technologies to serve those. A couple of years ago, who would have thought gaming would be where it is today? “

It has a lot to do with gaming communities growing, large events with incentives of prize money, and universities developing courses for gaming careers. 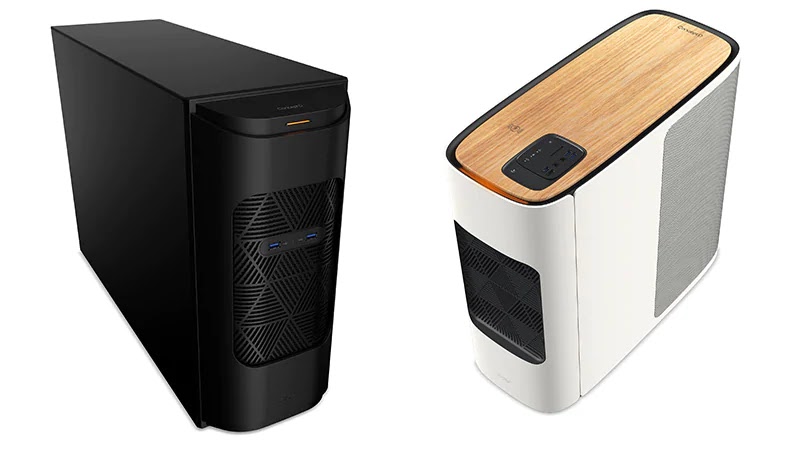 “On the creative side, we’re consuming more digital content than a year ago, two years ago, five years ago. Consuming content means someone has to create content. There are lifestyle creators and streaming creators, all the way to Hollywood film studios that will require far more powerful computers. It’s progressed very rapidly.”

Of course, designers do not operate only in the traditionally creative industries. Design, modelling, simulation and rendering are all inherent in numerous industries, from architecture to aerospace. And all of these require heavyweight processors and graphic cards that previously seemed to be only available in gaming machines.

“Simulation and rendering require very powerful, multi-core processors, because you are running lengthy simulations and renderings, and you need a very stable configuration,” says Davila.

“The last thing you need after eight hours rendering something is for your computer to crash. Productivity can be increased if you can speed up that modelling.”