The safest countries in the world for travellers in 2020 Placed second, Singapore scored 92.7 out of 100, making it the safest Asian country.

Travel insurance comparison website Insurly has established a ranking of the safest countries for travellers after collecting data on the frequency of natural disasters, the quality of healthcare systems and levels of violent crime and terrorist threat.

According to the methodology developed by Insurly for its 2020 Ranking of the World’s Safest Countries, Switzerland is the world’s safest travel destination with an overall score of 93.4 out of 100.

In particular, travellers will be reassured by the country’s excellent score for transport risks (98 out of 100), one of the four criteria evaluated by the study, which takes into account the annual number of tourists killed or injured on roads as well as the prevalence of airlines on the European Commission’s blacklist. 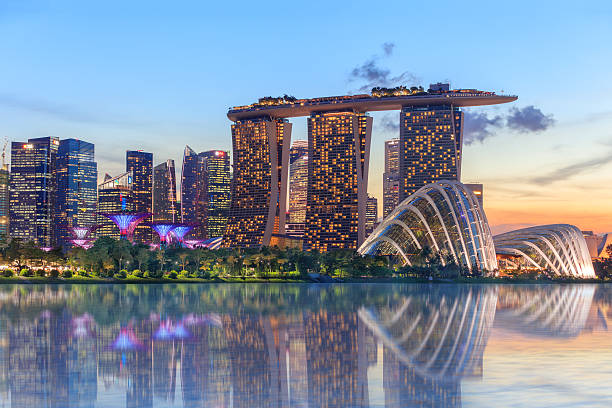 Placed second, Singapore scored 92.7 out of 100, making it the safest Asian country.

The risk of natural disasters on the island city state was estimated at 93 out of 100. For this criterion, the study drew on data from the the United Nations University risk report, which also takes into account measures established to cope with such events.

Ranked third, Norway was rewarded with an overall score of 91.1 out of 100. It is worth noting that the Scandinavian country would have come first were it not for its score for risks of violence (75 out of 100, as opposed to 98 for 100 transport risks, and 95 out of 100 for health care). The violence criterion took into account figures for the number of murders relative to the size of populations, and also for the prevalence of acts of terrorism.

Finally, the three riskiest destinations for travellers were South Sudan (14.8), the Democratic Republic of Congo (15.4) and the Central African Republic (21). The list of the top 10 safest countries for travellers: