While there is a pizza oven, seafood dishes and hearty meat dishes won’t disappoint.

In Johannesburg, the food neighbourhoods are well established.

Fordsburg for Eastern-influenced dishes (the curries and koftas at Al Hambre on Lilian Ngoyi Street remain unbeaten), Linden for the new adult set that drives a Kwid but gets a paycheque.

If you drive an SUV, Audi, Merc or Volvo – you want your number plate displayed around Parkhurst (for some reason the Vovo Telo on 4th Avenue remains a favourite) and if you love to Uber, Wednesdays you’re probably buying pesto at 27 Boxes in Melville at their market nights.

If you live more north, Bryanston’s Café del Sol Botanico has become one of the area’s shining stars. Whether it’s more casual dining or a little bit more of a formal do, the space seems to be a shape-shifting entity, able to perfectly suit whatever the occasion – something that few places in the area manage to do. Simply put, many other similar restaurants are simply one thing, or, on the top end, ridiculously bougie with too many trends you have to sop up and get bored with as it trickles down into retail spaces.

At Botanico, everything seems to have a heartbeat of its own. And that’s simply because it’s a family-run place – that’s run like a very functional household.

Chiara and Ryan Viljoen grew up with a real Bresciana Nonna in their kitchen, cooking northern Italian cuisine for the family, served religiously at midday and 6pm.

That perfection was carried over when they opened Café del Sol Botanico and it shows as you go through the restaurant that is essentially made of two distinct parts that come together. If Café del Sol Classico was Nonna’s kitchen, Botanico is the dining room.

Dishes are beautifully plated but it never loses its rustic charm. Here, elegance and simplicity meet in a calming environment, overlooking the chaos of the Sandton skyline, ever expanding higher and higher.

The menu carries across some of the Classico favourites, but on the whole lightens things up with southern Italian influence. And while there is a pizza oven, seafood dishes and hearty meat dishes won’t disappoint.

The jewel of the Botanico is its night-life counterpart. The wine list, under Ryan’s direction, was awarded diamond status at the 2018 Diners Club Wine List Awards, and the sophisticated cocktail menu has placed The Landmark among just four world-class bars in Johannesburg under the international rating system.

What has made it the perfect stopping point is the abridged menu offering of Aperitivo or even a pizza or light meals.

“Italians don’t serve drinks without food,” says Ryan. “It’s just not done. There’s never one without the other.” 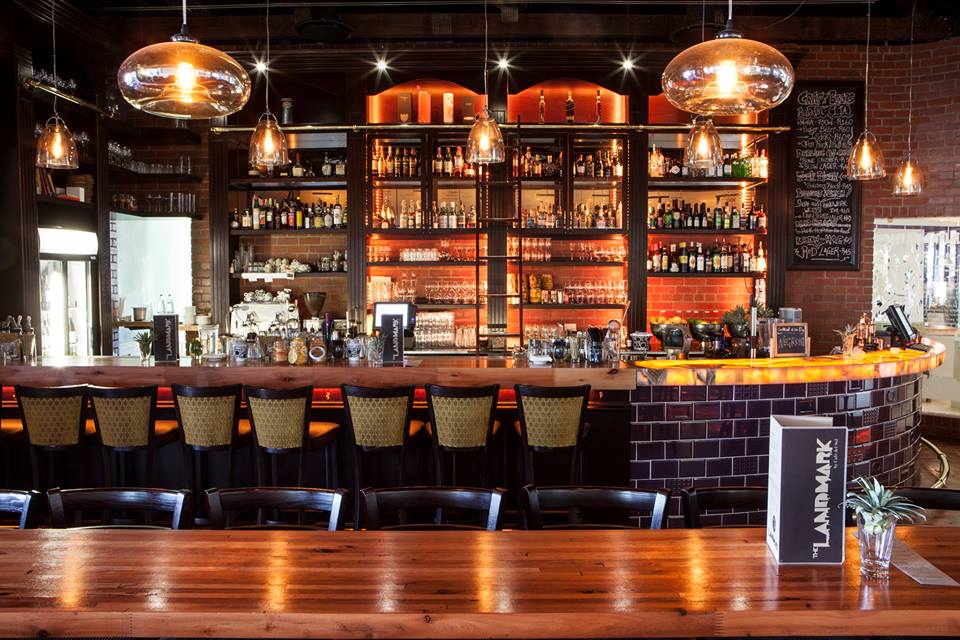 One of the spot’s main claims to fame is the fact that there’s always some sort of social engagement to be had. The next is for beer lovers when the Belgian Chamber of Commerce hosts a special Belgian food and beer experience at The Landmark Bar.

It’s why the spot has become the centre of Bryanston as a food neighbourhood.