Volume one has nine episodes and focuses on vendors from across Asia in the busiest tourist hubs. Whether you’re strolling down 6th Avenue near Rockefeller Centre in New York, hailing a tuk-tuk in Bangkok or scurrying for a minibus at Bree Street taxi rank in Johannesburg, there’s no escaping the overwhelming aromas coming from street food stalls.

You may be tempted, I know I was at first, to turn your snobbish nose up at the thought of eating off a sidewalk. But unless you’ve tried it, you will never know just how truly good most, not all mind you, street foods are.

And it’s so much more than just sweaty, oil-slicked cooks taking up space on sidewalks with makeshift deep-fryers, woks and pots. It’s a culinary offering that’s steeped in tradition and pride.

It’s this behind-the-scenes look and storytelling that makes the latest Netflix documentary series Street Food so enjoyable to watch.

Volume one has nine episodes of about 33 minutes each and focuses on vendors from across Asia in the busiest tourist hubs.

In the first episode, viewers get to meet the legendary street food chef Jay Fai, who rose from Bangkok’s slums to receive a Michelin star for her crab omelette. Not only is Fai’s story inspirational but also sheds light on the battle of street food cooks against the increase in gentrification. 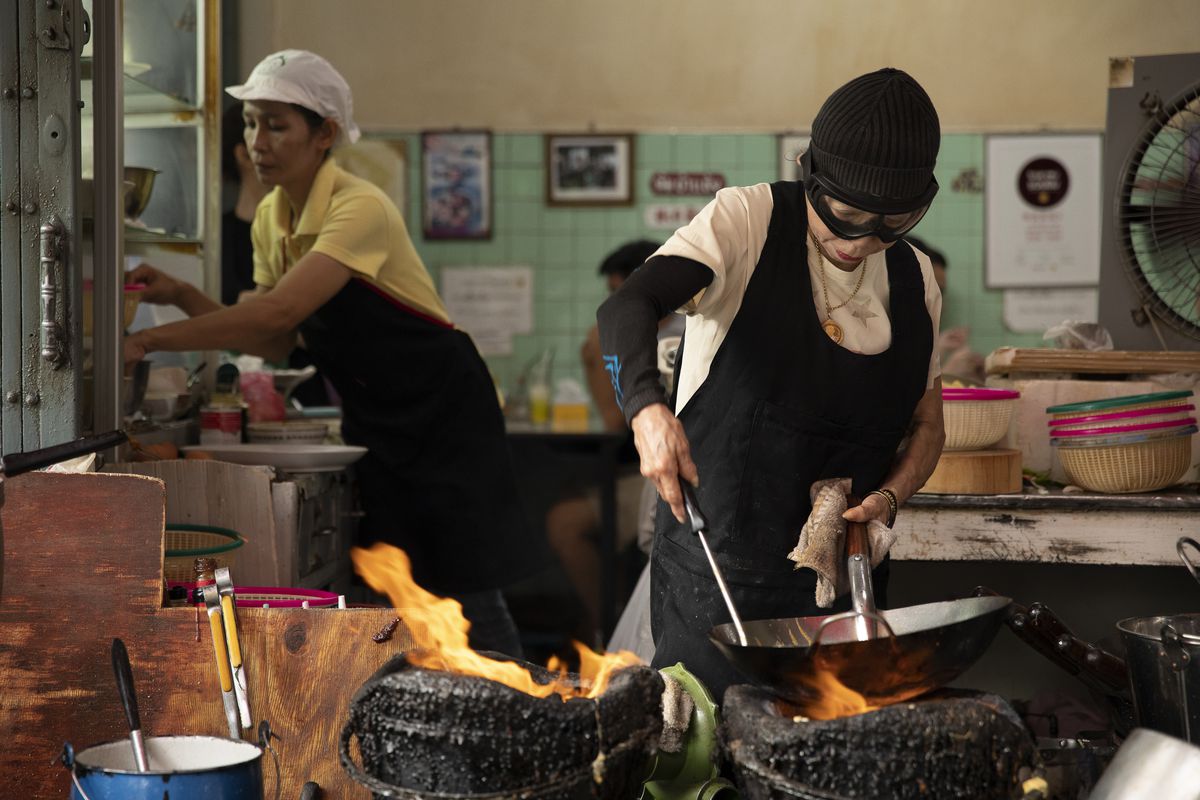 “This is a rupturing ecosystem that’s been in place for decades,” Fai says at the onset of the pilot episode. “This place was surrounded by bars. Last year, the landlord suddenly shut us down. Most of our fellow vendors quit, moved back to their home towns.”

The Street Food series, which began on Netflix on April 26, will warrant few complaints from viewers aside from volume one having too few episodes. But add this one to your streaming list.