The artworks have all been created in response to the issue of energy access across the continent, with a strong Pan-Africanist theme. The project, created just about five years ago by African Artists for Development, is premised on the idea that the 21st century belongs to Africa, while also reflecting on the challenges facing its development.

Since its inception, Lumières d’Afriques has moved from its inaugural showing in Paris to Ivory Coast, Senegal, Ethiopia, Switzerland, Germany and Morocco. And now for the first time this internationally acclaimed showcase arrives in South Africa. 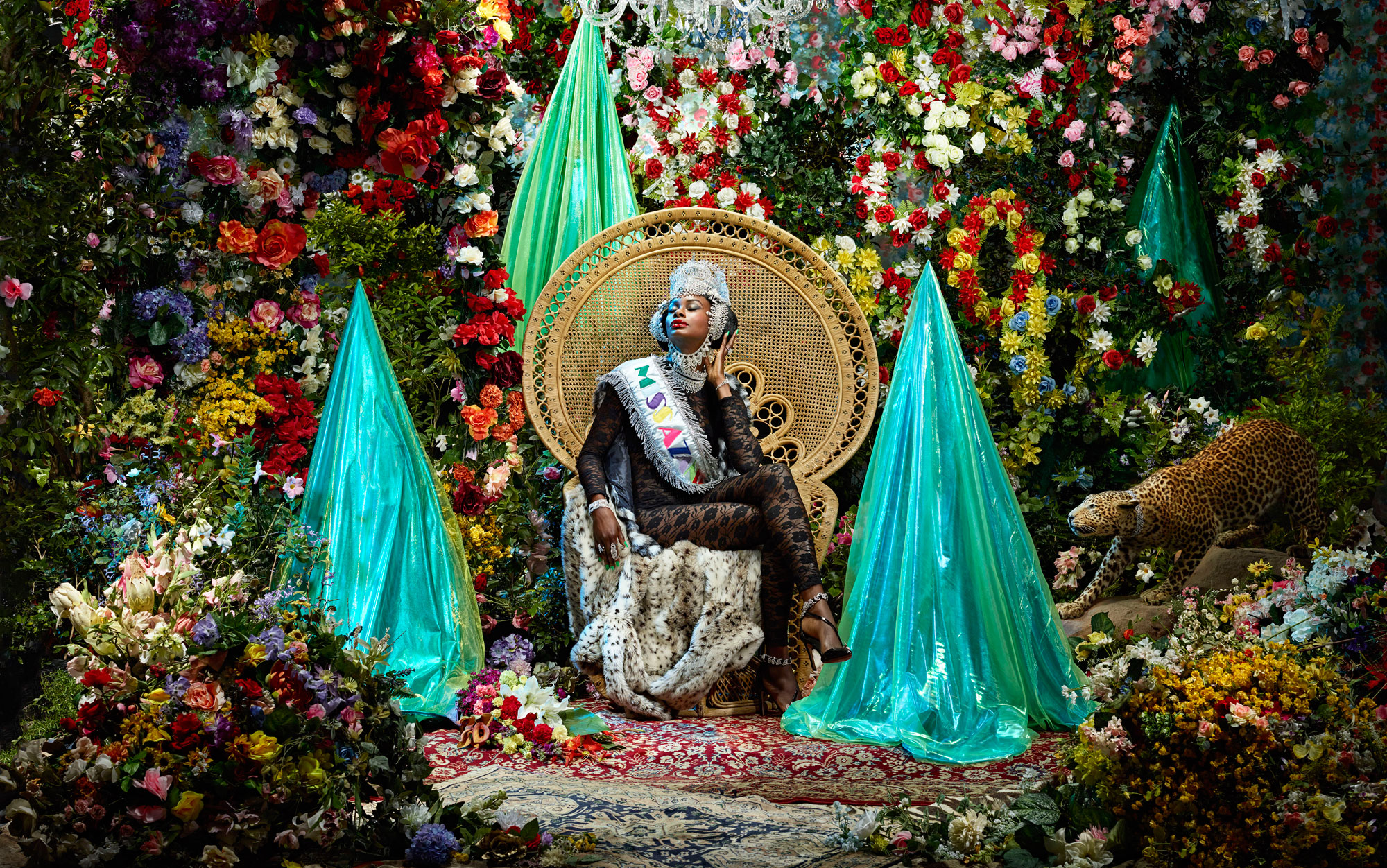 Sharing the anticipation of local art enthusiasts, Standard Bank Gallery manager and curator Dr Same Mdluli said there was no better time for the South African leg of the exhibition.

Dr Mdluli said the power of exhibitions such as this was in how they relate to their context in whatever shape, size or format, and across different geographical locales.

He added that this is especially evident in how they touch on critical socio-political and economic themes.

“It was therefore the right time and the right place to host such an exhibition, given the kinds of poignant issues it highlights in relation to South Africa’s current challenges 25 years into democracy,” he said in a statement ahead of the opening of the exhibition next week.

‘The Meeting’ by Herman Mbamba.

With pressing themes such as access to renewable energy for all, Dr Mdluli also highlighted the capacity of this exhibition to spark conversations and engagement not only in the country but throughout Africa.

African Artists for Development chair Gervanne Leridon said that since the inception of the touring Pan-African exhibition, it was clear that South Africa would be a destination.

In addition to their varying countries of origin, the artists in Lumières d’Afriques traverse a wide range of media, from painted and photographic works, to assemblage, textile and sculptural pieces.

Yet they have all been created in response to the issue of energy access across the continent, with a strong Pan-Africanist theme.

Artistic director Jean-Michel Champault added: “As the exhibition travels to one of Africa’s economic capitals, the time has come for the artists of the African continent and their art to gain recognition as major drivers of change and development.”