Into the Woods review – A fairy tale with big teeth

While the show is not for under 13s, the closing number still provides one of musical theatre’s biggest lessons. Into the Woods. Picture: Jesse Kramer

Into The Woods has finally sashayed onto a Johannesburg stage and, considering the musical is regarded as one of the world’s cleverest, get ready to be stunned.

Lyrically, Into The Woods is for adults. There’s sexual innuendo, lust, murder and all things foul, yet you can’t help but tap along and smile as Little Red Riding Hood brags about her love for knives.

While the production isn’t as slick as some others from the Pieter Toerien stable, you can forgive the frayed mechanical birds that flap on stage, awkward props and sometimes over-loud sound because the cast is a formidable one – without a weak link in the chain. 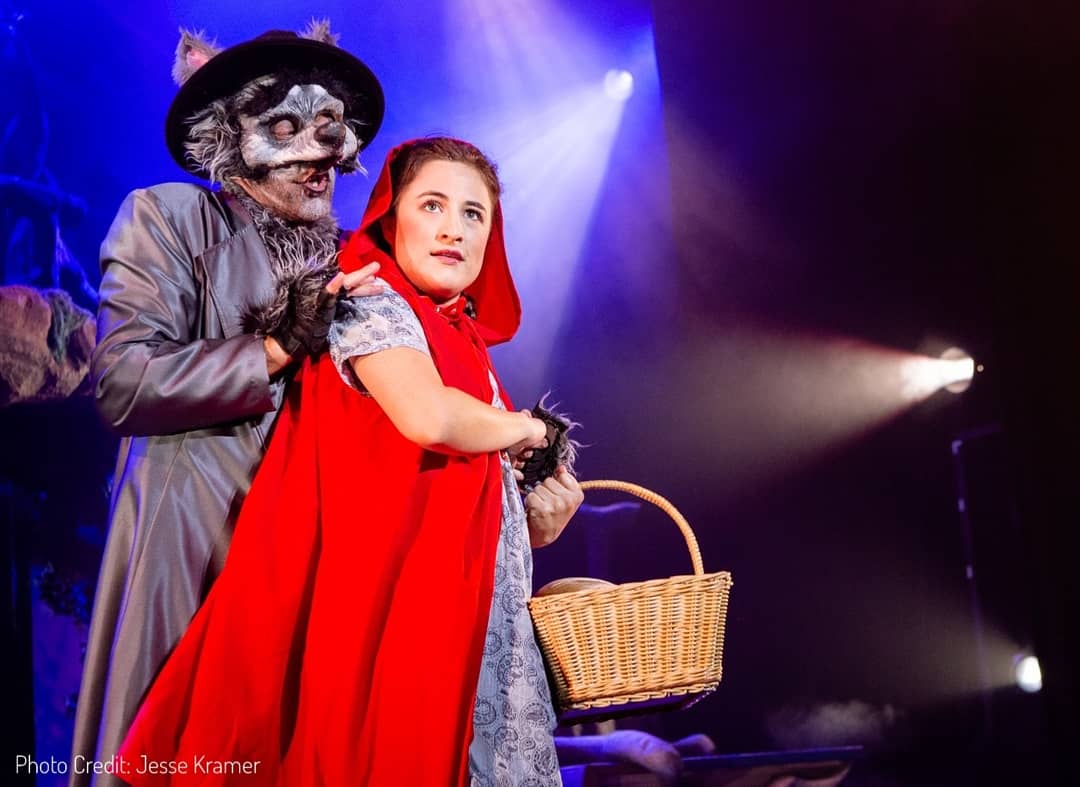 Kate Normington, Earl Gregory, Zac Hendricks and Candice van Litsenborgh can be singled out for their incredible performances, never missing a beat and capturing the spirit of the witch, the baker, Cinderella’s prince and Jack’s (from Jack and the Beanstalk) abusive, alcoholic mother.

Normington, as the witch, is the central character, sometimes a moral compass, the instigator and the woman whose actions lead to many a death (yes, Into The Woods can easily be renamed “Almost Everyone Dies: The Musical”), and perfectly counterbalanced by Gregory, who is the main protagonist – until he gets a taste for the antagonistic way of life.

Hendricks becomes a scene-stealer as a prince, trained to be charming. But charming doesn’t mean nice now, does it? His bored-with-everything expression, and lust for women rings home, and has the audience cackling, while Van Litsenborgh as an abusive mother, walks the line of you almost reaching for the phone to call the police.

With the yarn of fairy tales, Into The Woods is a rare treat. It asks its audience to listen to every number, but never feels forced.

The lessons are plenty, the jokes fast and the wit outstanding.

While the show is not for under 13s the closing number still provides one of the musical theatre’s biggest lessons: adults are responsible for children, and what they say and do will imprint on them. The good and the bad.

In this world of terrorism, radicalisation and ultimately people’s strife, it’s a lesson that’s still impactful and important, 32 years after the original production.