The film is just more than three hours long, which certainly gives fans their money’s worth of entertainment. It had to end! The Avengers finale is an electric burst of energy and a special effects extravaganza that is out-of-this-world.

Directors Anthony and Joe Russo have pulled out all the stops in giving Marvel fans what they want. The duo have assembled all the superheroes in the Marvel Universe (and who wouldn’t want to be involved here) as they battle their Nemesis, Thanos (Josh Brolin), who caused such pandemonium in the last Avengers outing – last year’s Infinity War.

The clumsy giant is still around to cause havoc. The narrative once more uses as its jump-off point the search for the elusive Infinity Stones which, lumped together, can destroy a planet.

In the last Avengers yarn Thanos, the intergalactic despot from Titan had stolen the six Infinity Stones to inflict his will on all of reality. Now the Avengers want them back and they are determined to go to great lengths to find them.

The story involves time-travel (the back to the future variety) and this is where the film becomes a little complex and the storyline a touch blurred at stages. Back and forth, our superheroes go at dizzying speeds and their adventures are not without mishaps along the way.

The ensemble cast is large and characters from all the Avengers episodes – including Ant Man played by Paul Rudd, Spider-Man (Tom Holland), Dr Strange (Benedict Cumberbatch) and the recent hit Captain Marvel (Brie Larson) – put in appearances. Among the mob fighting for the good guys are Black Panther (Chadwick Boseman) and his tribe and The Guardians of the Galaxy crew. 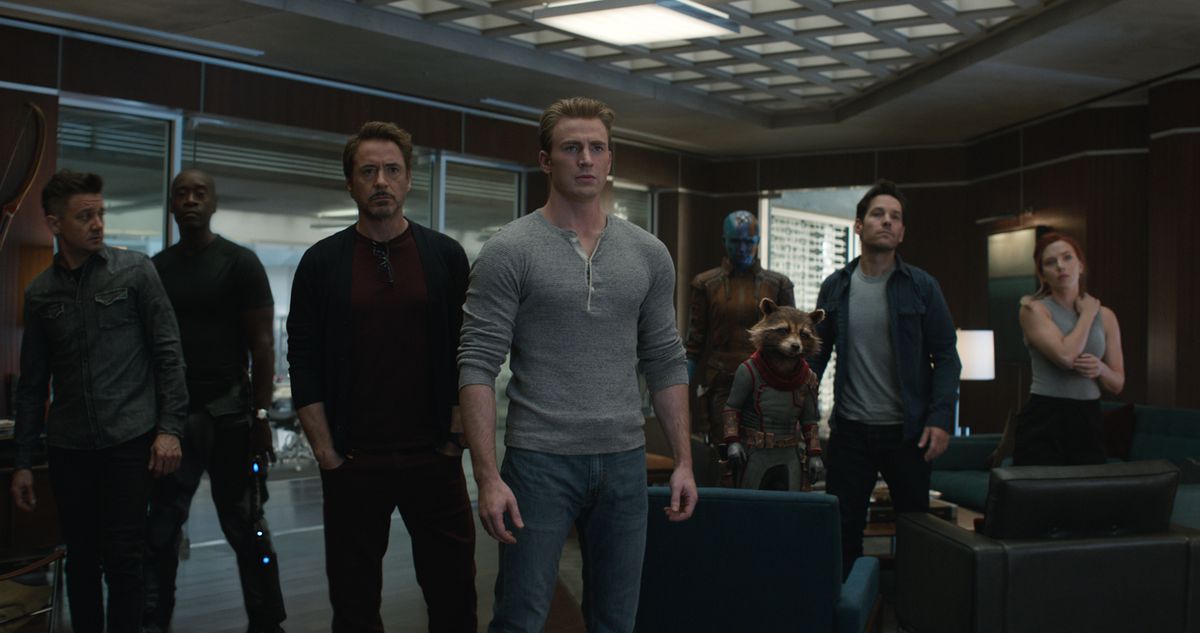 Iron Man (Robert Downey Jr) and Captain America (Chris Evans) are the two mainstay characters charged with forging an action plan to destroy Thanos. They have no opposition from their colleagues and what they come up with forms the narrative thrust.

The numerous action sequences and the staple fare of the Avengers are dominated by the meticulous deployment of the computer-generated imagery. Noteworthy, too, is the decision to imbue Hulk (Mark Ruffalo) with a welcome new persona.

There are surprises and plot twists galore and the directors do a sterling job in maintaining a high level of interest.

The production is wrapped in wry humour, too, and there is some great comic interaction between characters, especially from the beer-swilling and overweight Thor (Chris Hemsworth) who has now given up on life and is taking time to find his mojo (or is it his new mystical axe Stormbreaker).

Avengers: Endgame is the 22nd production to emerge from the Marvel Cinematic Universe and is just more than three hours long, which certainly gives fans their money’s worth of entertainment.