This crime drama is lacking in several areas and in the end we are left with a tepid production. Galveston is a tired, clichéd yarn about a criminal enforcer and a young hooker on the run. It plods along with spasms of tension here and there to relieve the monotony of endless roads and seedy motels and bars.

A drained looking Ben Foster is ideally cast as Roy Cady, a tattooed, heavy drinking criminal enforcer and mob hitman. His moody disposition is punctuated by streaks of intense anger. He is handy with a weapon and knows how to use his fists. He is also dying from lung cancer, but continues to smoke.

His boss, a rare appearance by Beau Bridges, sets him up in a double-cross. After killing his would-be assassins before they could kill him, Roy discovers Rocky (Elle Fanning), a young woman being held captive, and reluctantly takes her with him on his escape. 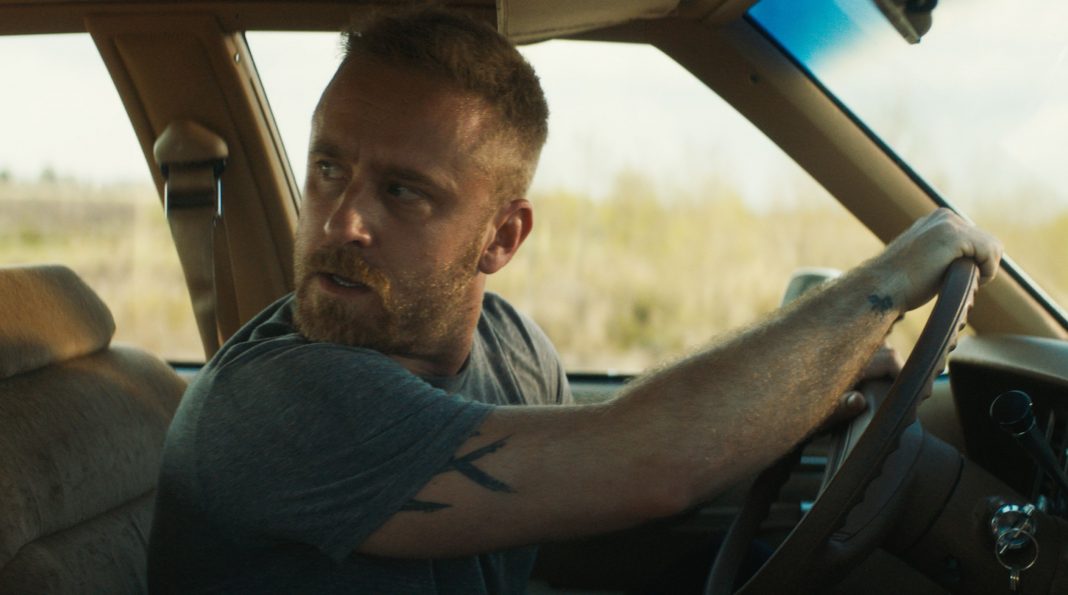 Determined to find safety and sanctuary in the city of Galveston, Roy must find a way to stop his boss from pursuing them while trying to outrun the demons from their pasts. It’s a painful journey for both.

As they hit the Southern backwoods they come across a billboard announcing that “hell is real.” Watching the film, it becomes obvious that these two characters are living proof of it.

The opening set-up is a rushed affair and from this shaky foundation they hoped to stitch together a story. But it simply doesn’t have any gravitas.

When things go horribly wrong in those early sequences and Roy has to get out of town in a hurry, what the job is and how and why it goes wrong is never satisfactorily established.

And even though the seedy atmosphere is effective and the performances are commanding, this crime drama is lacking in several areas and in the end we are left with a tepid production.