This is the sort of show any musician and aspiring singer should watch – just to see how the superstars do it. As far as stars go, few are brighter or more written about than Taylor Swift – a musician whose squeaky-clean image is offset by her numerous Hollywood “beefs” with the likes of Kanye West, Kim Kardashian and Katy Perry.

In Reputation Tour she embraces her allegedly shady side with humour and razor-sharp commentary in one of the most enjoyable concert films in recent memory.

It was her first stadium-only tour, making it a concoction of big screens, fireworks and all the pop and fizzle that this type of tour involves.

Swift dethrones the likes of Lady Gaga and Perry in terms of sheer spectacle , starting with a rather flashy short film about her perceived reputation with the public.

As the video plays out Swift appears in red smoke, before opening the concert with the first number from the tour‘s titular album, Ready For It?

The heavy base and strobe flashes are a clear indication that this concert will be like no other. 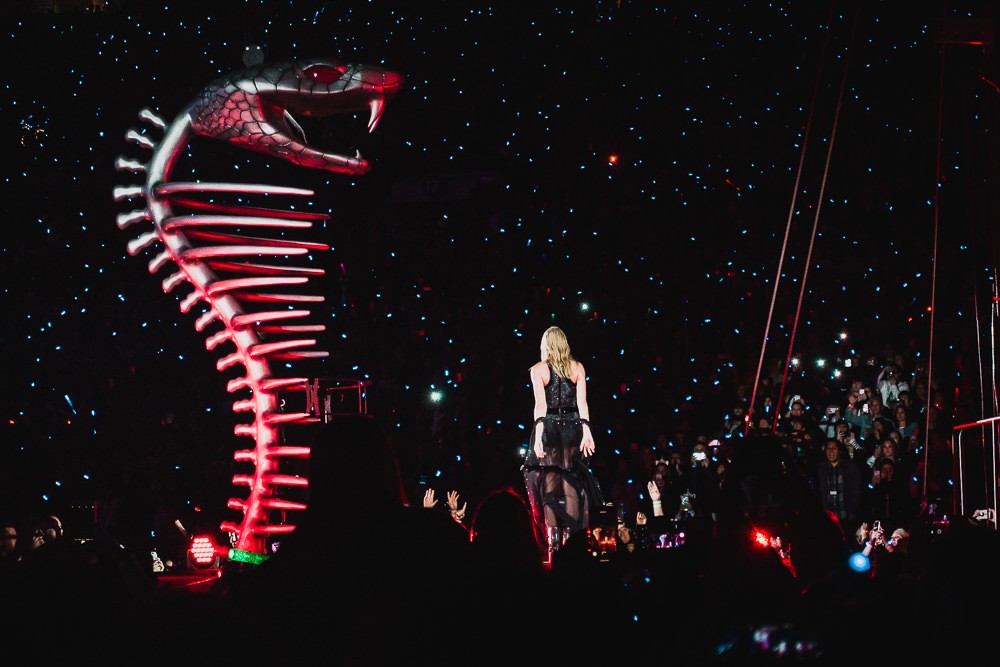 From giant snakes rising from platforms, dancing on working fountains and floating through the stadium inside a reptilian skeleton, this is a pop paradise. It will convert even those most staunchly anti-Swift that she is a musical powerhouse, with writing chops and a clear knowledge of a range of instruments.

The show is also extremely democratic and you understand why it was the highest-grossing tour for 2018. From the vantage of the bloodiest of the nosebleeds fans still get an incredible view over the stage floors that double as screens to flash visuals like crawling snakes and discotheque colours.

Those standing at the front wouldn’t have been aware of these added elements.

This is the sort of show any musician and aspiring singer should watch – just to see how the superstars do it.