Hats on – It’s the Durban July! The races are not about what’s inside your wallet, but rather what’s on top of your head.

Hats, just like horse racing, have a lengthy and interesting history that likely dates back to 680 BC, when chariot racing was first added to the Ludi Romani, or Roman Games.

Interestingly enough, prior to chariot racing being introduced, women were not allowed into the arenas.

So, bear with me now, while it is true that the first historical evidence of a hat is recorded as far back as ancient Egypt from an image found in Thebes’ tomb, could it be possible that the first hat at a horse race may just have possibly been made trendy at the Roman chariot games? 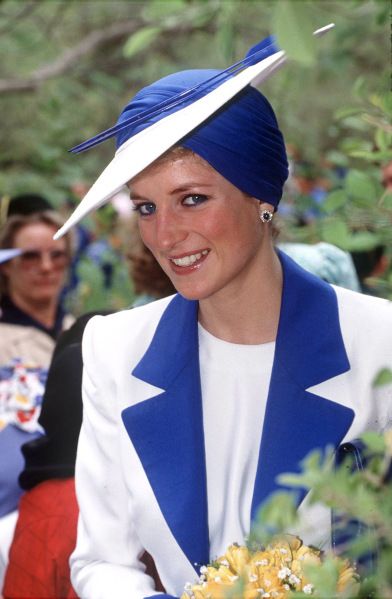 Princess Diana wears a Philip Somerville turban hat during her official tour of the Gulf States on March 1989 in Dubai. Picture: Getty Images

I’d like to think so because, as liberal as the Romans were, they were also known for their snappy sense of fashion and everyone knows that women bring a certain je ne sais quoi to otherwise drab events.

But everything changes and over time, as chariots were discarded for jockeys on horseback, hats evolved from the drab stolla or palla to more ornate headgear.

Skip forward to the first racing reported to have taken place in KwaZulu-Natal in the 1840s – and the hats were almost certainly an item at horse racing events.

From that memorable Princess Diana Philip Somerville’s turban to the Frances McDormand Philip Treacy headpiece and Rihanna’s Stephen Jones papal hat, the races appear to be not about what’s inside (your wallet or race card) but what’s on top – and that’s just going on the number of designer hats traipsing the red carpet.

Some claim the hat trend is fading with time and the advent of the fascinator. But we say “pishposh” because hats are still the rage at the races.

So do make an effort and, uhm, get your head into the spirit of the day. It is the Durban July!

5 fashion films to watch while you’re at home 31.3.2020
Converse unveils first genderless clothing collection 11.3.2020
David Tlale opens up about his collaboration with Avon 11.3.2020