Rasta is at it again! Jackson Mthembu his latest subject Rasta has gained notoriety for his portraits of public figures and celebrities. Picture: Jacques Nelles

Our beloved celebrity painter has once again shook the nation with his recent painting of the late minister Jackson Mthembu.

Celebrity painter, Rasta, known for his controversial portraits of late public figures, as well as celebrities, took it upon himself to pay tribute to the late Jackson Mthembu by painting a portrait of him.

Rasta who was born in Lebani Sirenje in Bulawayo in Zimbabwe, showcased his painting with a post on Twitter, where he was met with unhappy comments from users who believe that there is no resemblance between the portrait painted by Rasta, and the image of Mthembu he used as a reference. 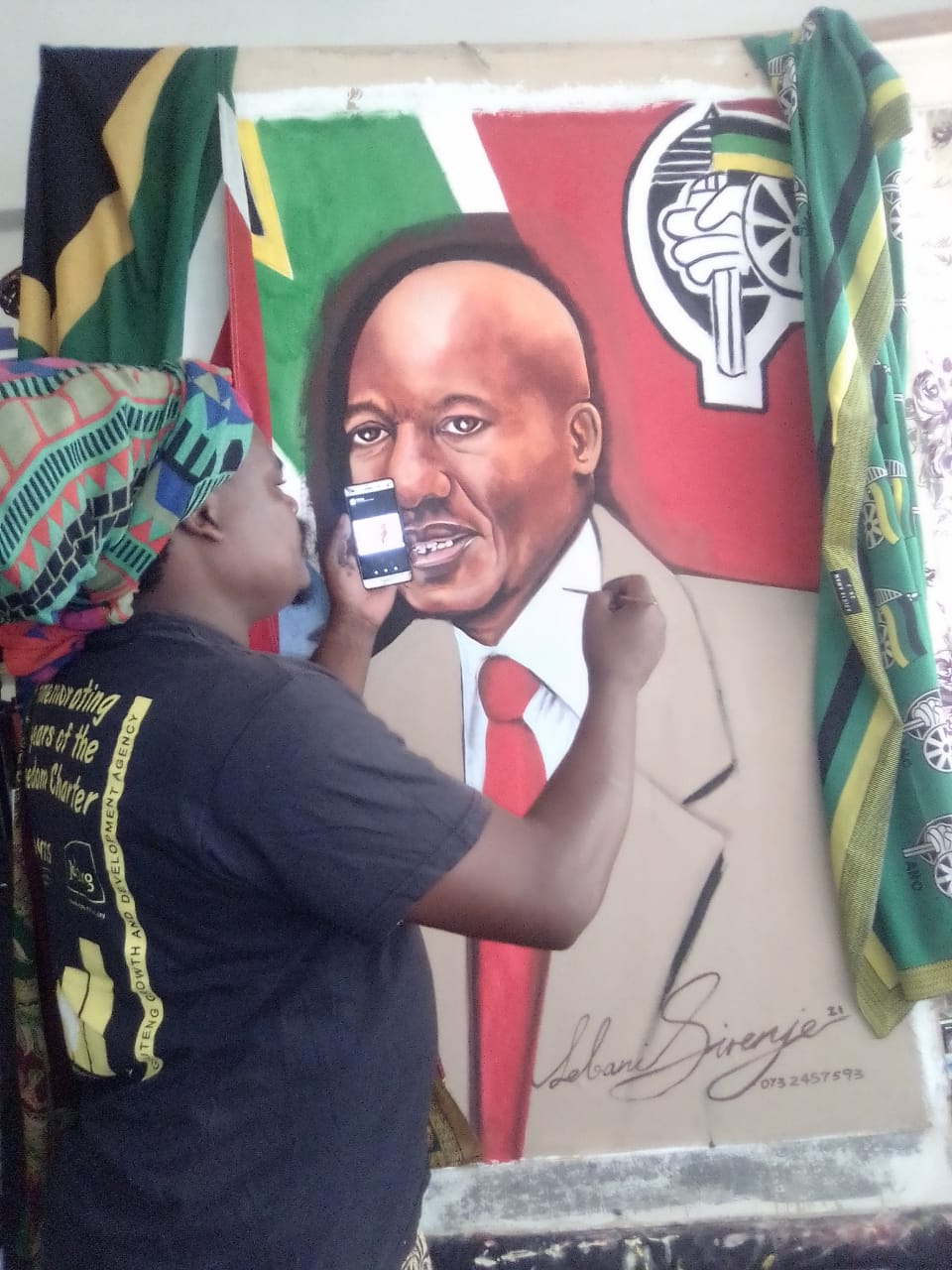 After all this time it is still unclear if Rasta’s paintings are some strange form of satire, or if his paortaits are serious attempts at a likeness. He has a history of creating “artworks” that spark conversation amongst the general public.

Here’s a look at some of his most recent work: 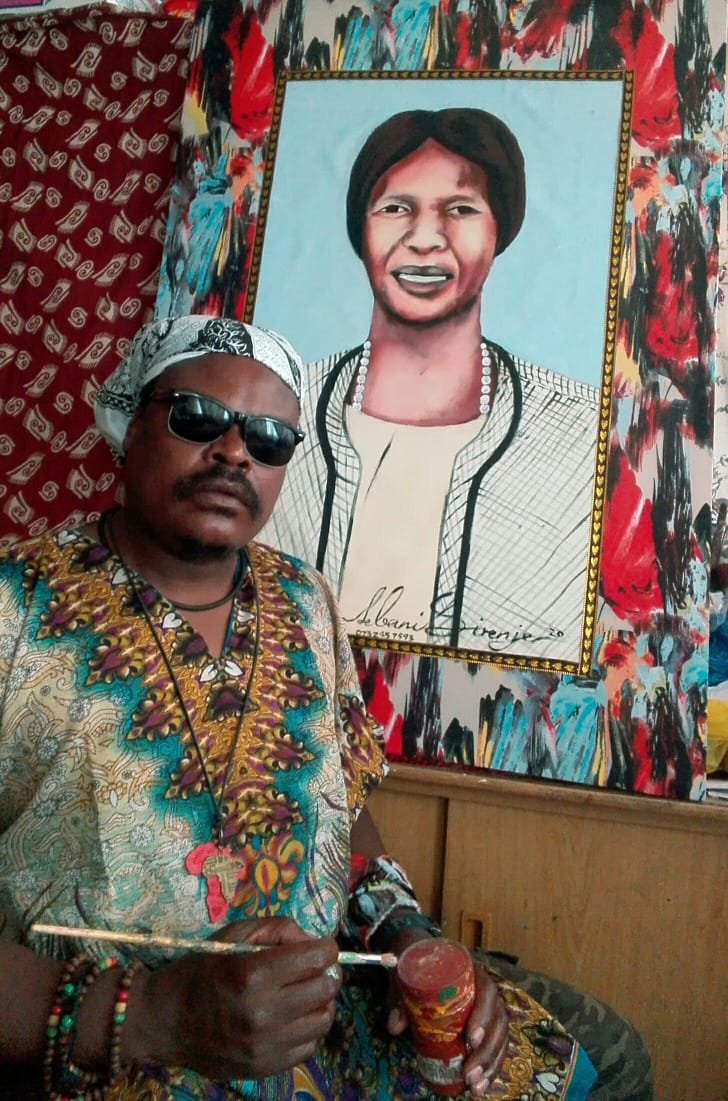 Twitter users have had much to say about the portraits he has painted in the past, one of them being his portrait of the late artist Gee Six Five. Gee Six Five was known for her hit single “Obani Lababantu”, and her fans were not impressed with Rastas painting of her, using the title of her single to comment on Rasta’s post, asking him “Obani lababantu?”. 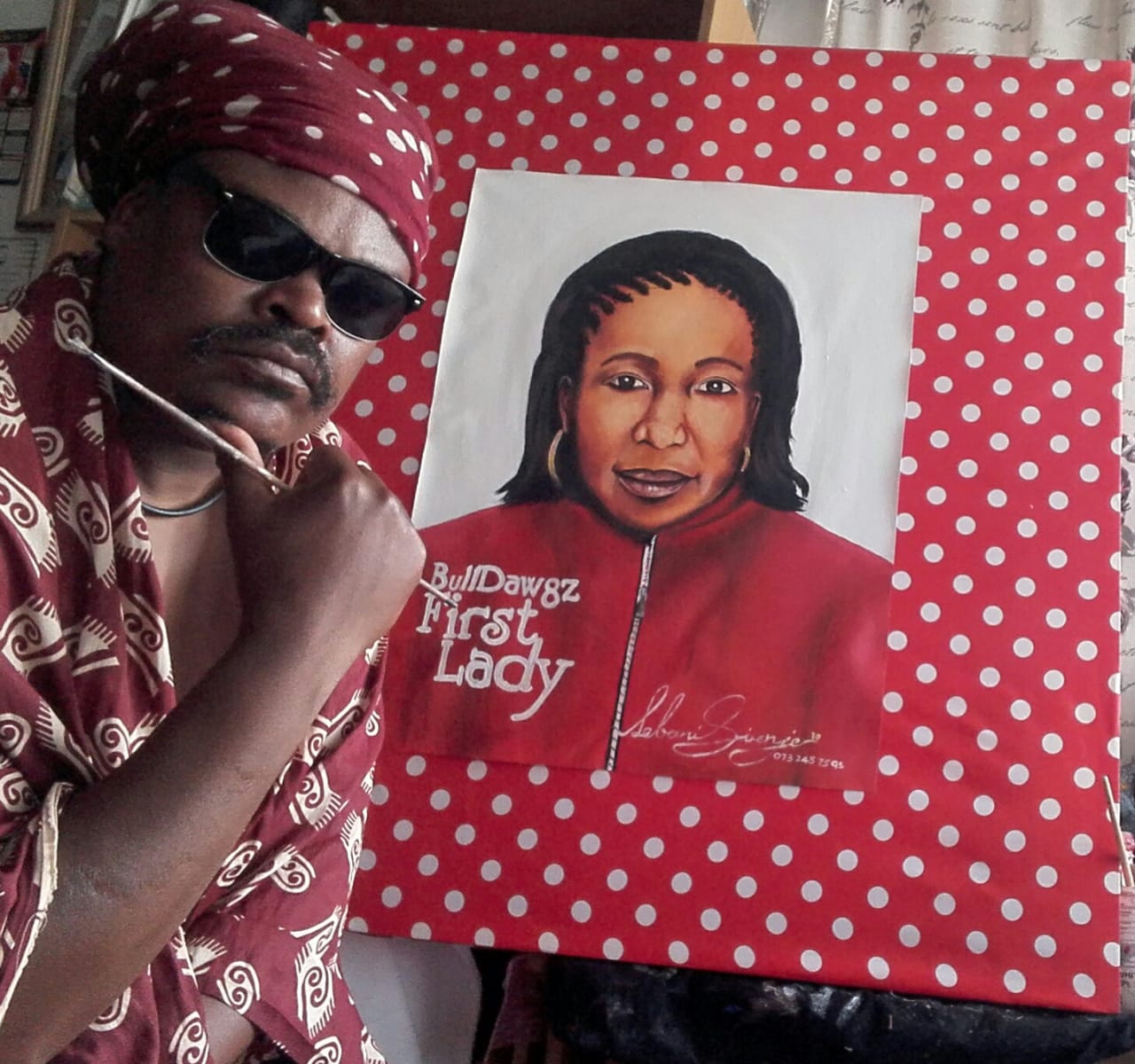 Rasta also painted the late Mshoza. In his twitter post showcasing his painting he tells of the day he met Mshoza, and how she jokingly asked “Are you going to paint me when I’m dead?”. Although Mshoza may have been joking, Rasta was not. 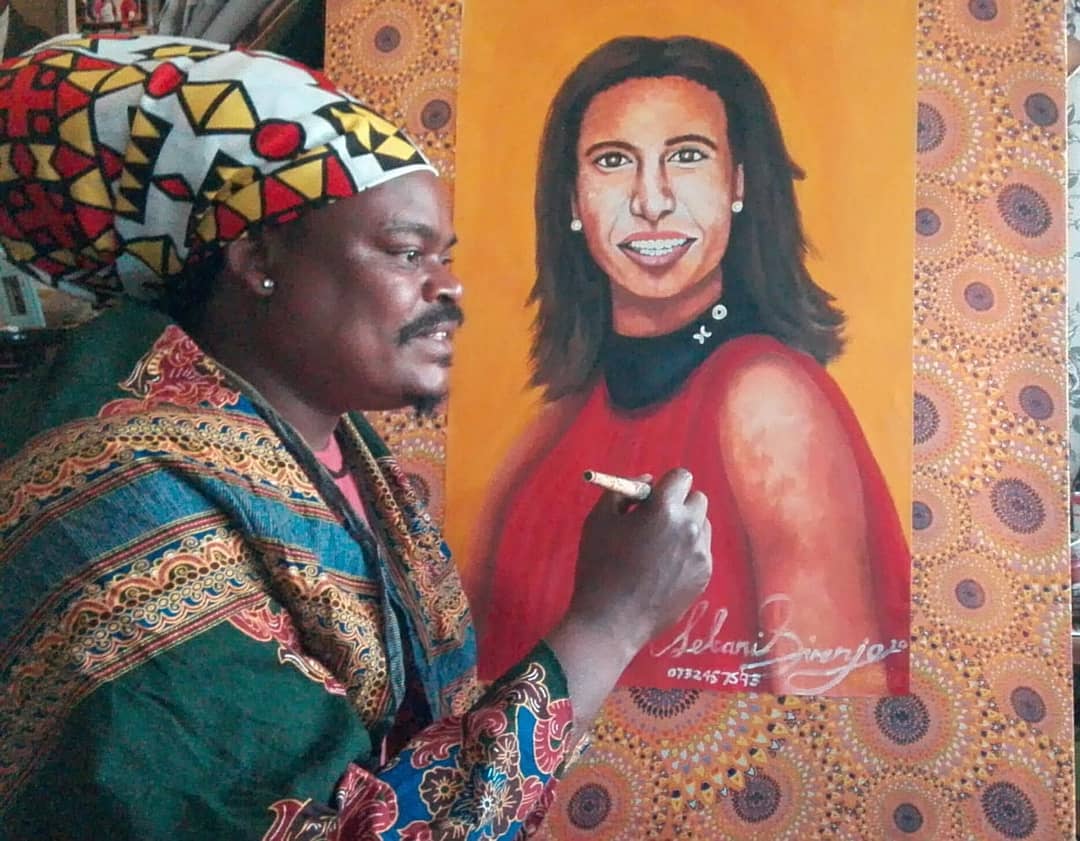 For her birthday, Rasta painted a portrait of Morning Live host, Leanne Manas. Leanne made a trip to Rasta’s studio to buy the portrait, despite the negative comments that the painting got from the general public. 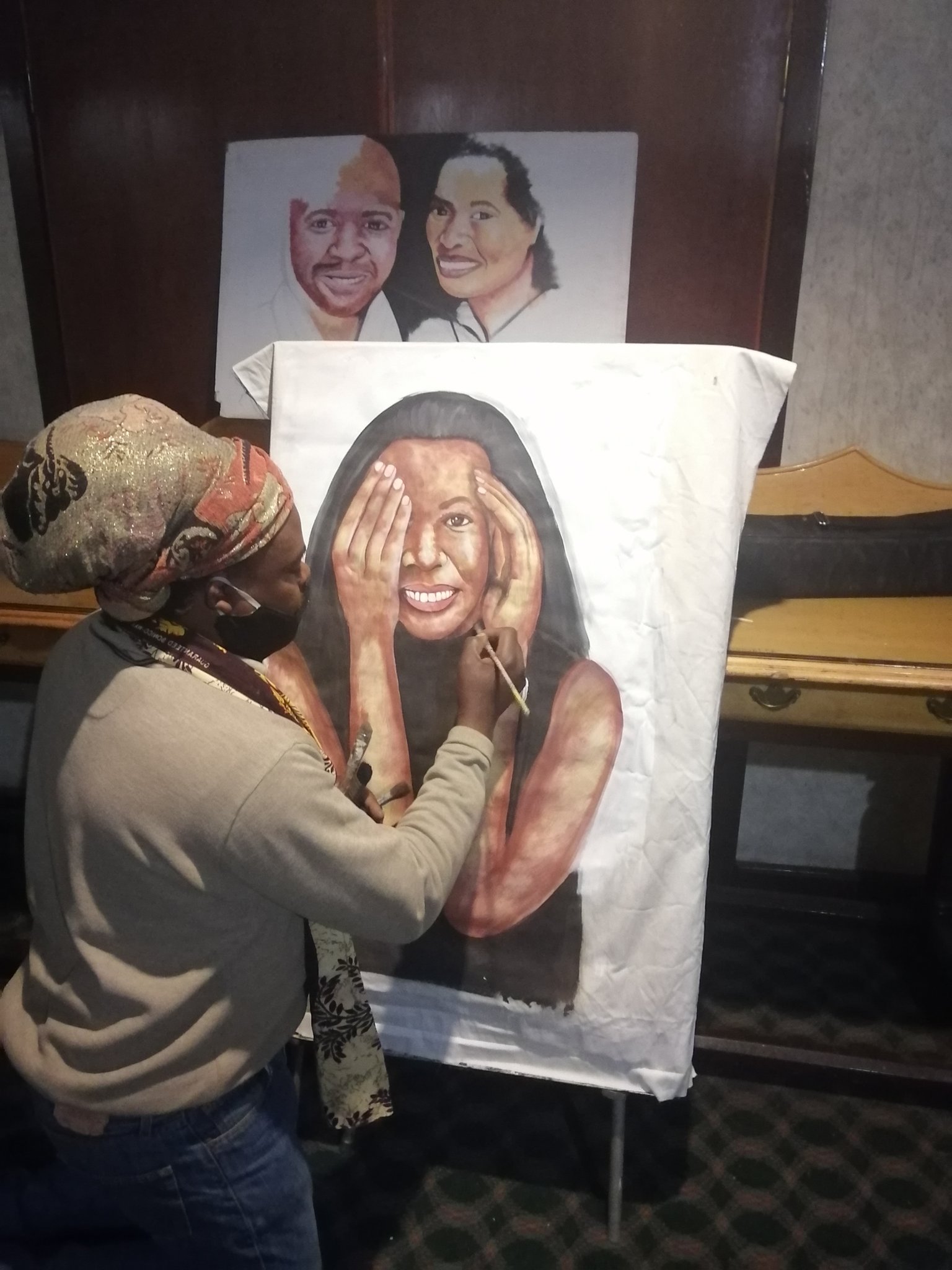 He decided to show appreciation to “The Queen of Mzansi” by painting a portrait of Connie Ferguson. 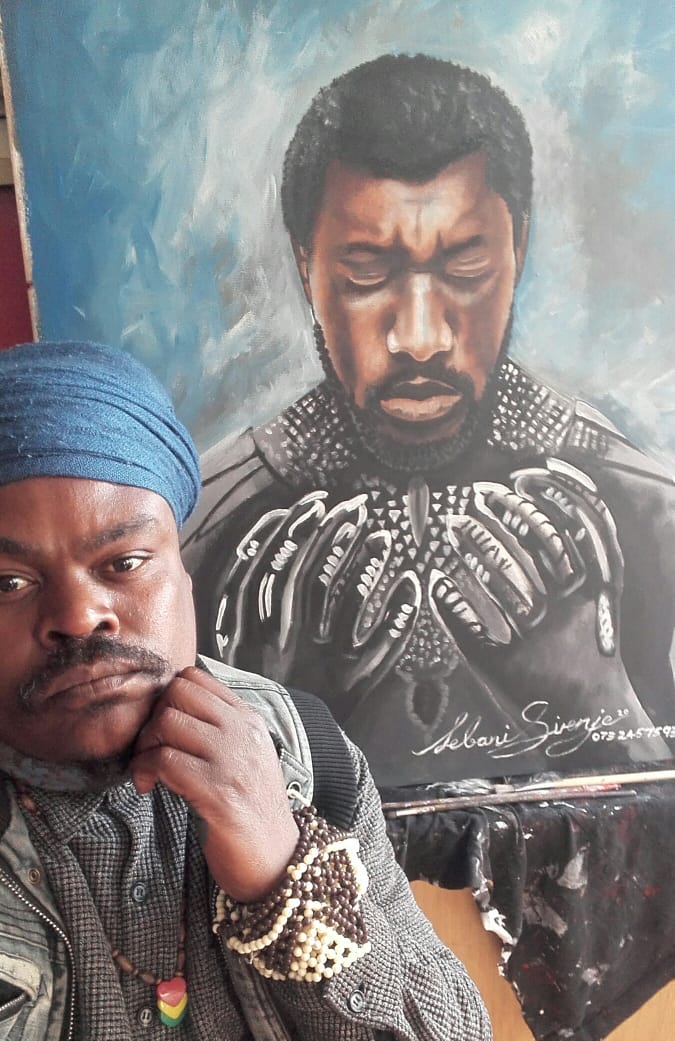 The passing of the beloved Chadwick Boseman, also known as “The Black Panther” left many shattered, and heartbroken. Rasta paid tribute to Chadwick’s excellence as an actor by painting a Black Panther portrait, leaving fans unimpressed.

READ NEXT: WATCH: Rasta – 20 years in the art scene, and still ‘pushing hard’