He claims that under the SAA board chairperson very little that could have gone right has gone right. Leader of the Economic Freedom Fighters (EFF) Julius Malema came under fire in parliament for calling SAA board chairperson Dudu Myeni “Dudu Myeni Zuma” on Tuesday. Malema said Myeni deserved the “Myeni Zuma” surname because of her alleged close relationship with the president. Minister of Small Business Development Lindiwe Zulu responded that this bordered on sexism, as Myeni was a married woman.

Malema said she should not act as though she was suddenly a feminist, because she was not. On the other hand, parliament could not rule on whether Malema could call the SAA chair “Myeni Zuma”. This was because there’s apparently no rule on parliament that protected Myeni on this matter.

This gave Malema leverage to repeatedly refer to the married SAA board chairperson as “Dudu Myeni Zuma”.

Here are ten quotes from Malema’s speech in relation to Myeni. 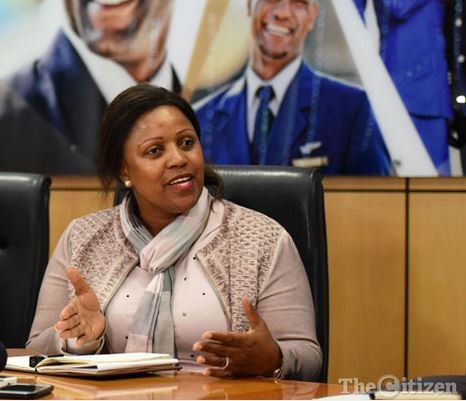 'I'm closer to Cyril than Zuma,' Malema reveals
5 days ago
5 days ago

'I'm closer to Cyril than Zuma,' Malema reveals
5 days ago
5 days ago