Marimba and steelpan festival keeps getting bigger and better The festival has become one of the largest of its kind in the world and takes place annually in Boksburg over a period of two days.

Marimba-based sound is one genre of music that increasingly unites people across racial, cultural and nationality divisions because it attracts people from all backgrounds and tastes.

It’s amazing how so many white and black children often get attracted and fascinated to the music, and participate in the mushrooming marimba bands at schools and in the townships.

Many urban schools, especially the former Model C ones, have added marimba to their collection of instruments, giving credence to the belief that African music is successfully fighting back to reoccupy its rightful place in the hearts, minds, and souls of many of the continent’s people.

The huge interest surrounding marimba is attributed to the ease with which children from all cultural backgrounds are able to grasp how to play the instrument, for which no sophisticated skills nor repeated lessons are needed. Many kids have been simply workshopped into playing it and once they get into the beat, it’s usually difficult to stop.

While the origin of the marimba is Africa, the instrument has managed to cross the seas to various parts of the world, especially the Americas where it has helped enhance cultural beats across the globe.

While all old styled instruments such as the Xhosa ixilongo (a stringed mouth bow with or without a calabash attached) and various forms of xylophones like the mbira were seemingly overtaken by modern electricity-based sound-producing objects, marimba has returned in a big way.

Interestingly, marimba is re-emerging through the youth, something that speaks to its potential for long survival. It inspires many young people to come together to beat, dance and sing to its mesmerising sound.

The eighth Annual International Marimba and Steelpan Festival is one of the avenues through which many youth compete and shine. The festival – hosted by Education Africa and comprising 90 different bands from Zimbabwe, Botswana, Nigeria, and South Africa – has become an international event that exposes young South Africans to the big world stage.

According to Joan Lithgow, a marimba specialist and director of the festival, this year almost 90 different schools and institutions will descend on St Dominic’s Catholic School for Girls in Boksburg on July 27 and 28 to participate in the festival.

Education Africa launched the festival in 2012 to create worldwide awareness of the educational value that marimba playing has, while also creating an international platform for marimba and steelpan players in South Africa to perform on.

The festival has become one of the largest of its kind in the world and takes place annually in Boksburg over a period of two days. It is fully inclusive and catered for people from all walks of life, including deaf and special needs bands. 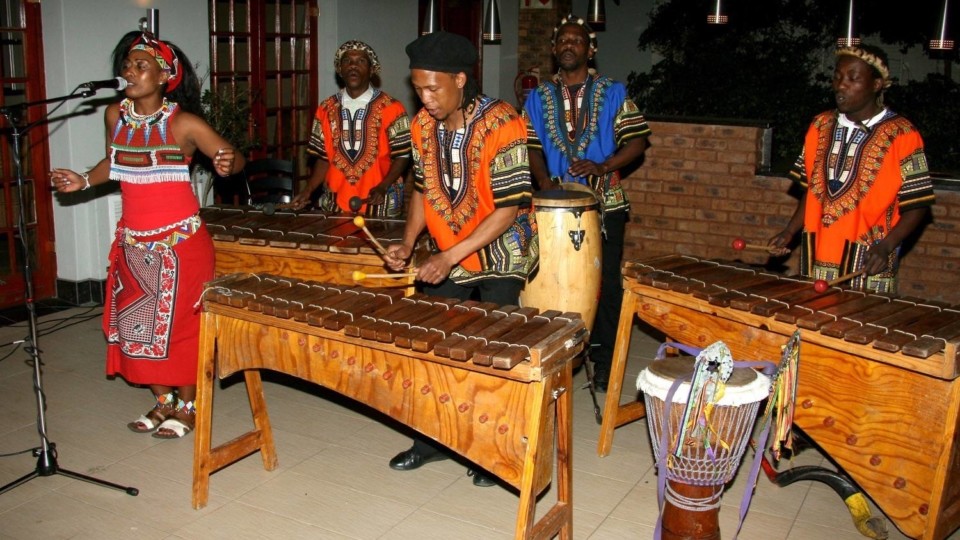 Over the weekend, marimba and steelpan bands take part in competitions divided into age sections and various categories. A prominent feature at the festival includes fringe events which feature guest performances and approximately 90 workshops.

Organisers are fascinated by the fact that it’s growing in magnitude every year, and from the look of things, there is no going back.

The festival comprises six sections for primary schools, high schools and open bands split between small and large ensembles and within each, a number of categories include Battle of the Bands, In the Mix, Strictly Classical, and Proudly South African/African Prestige Bands.

“500 disadvantaged children are also being looked after over the weekend, with The Festival sponsoring meals, some accommodation and transport,” Lithgow says.