‘The Wrong Missy’ review: Physical comedy at its best

The many laugh-out-loud moments are a welcome relief in these dreary times. What happens when you bring together the comedic talents of David Spade (Just Shoot Me), Lauren Lapkus (Orange is the New Black) and the movie-making know-how of Adam Sandler’s Happy Madison Productions?

You get The Wrong Missy, the latest and instantly popular Netflix original movie.

Although there are those who say that physical (aka slapstick) comedy died out with Peter Sellers in the original Pink Panther films, Lapkus revives the skill with an ease that’s guaranteed to have you crying with laughter from start to finish. 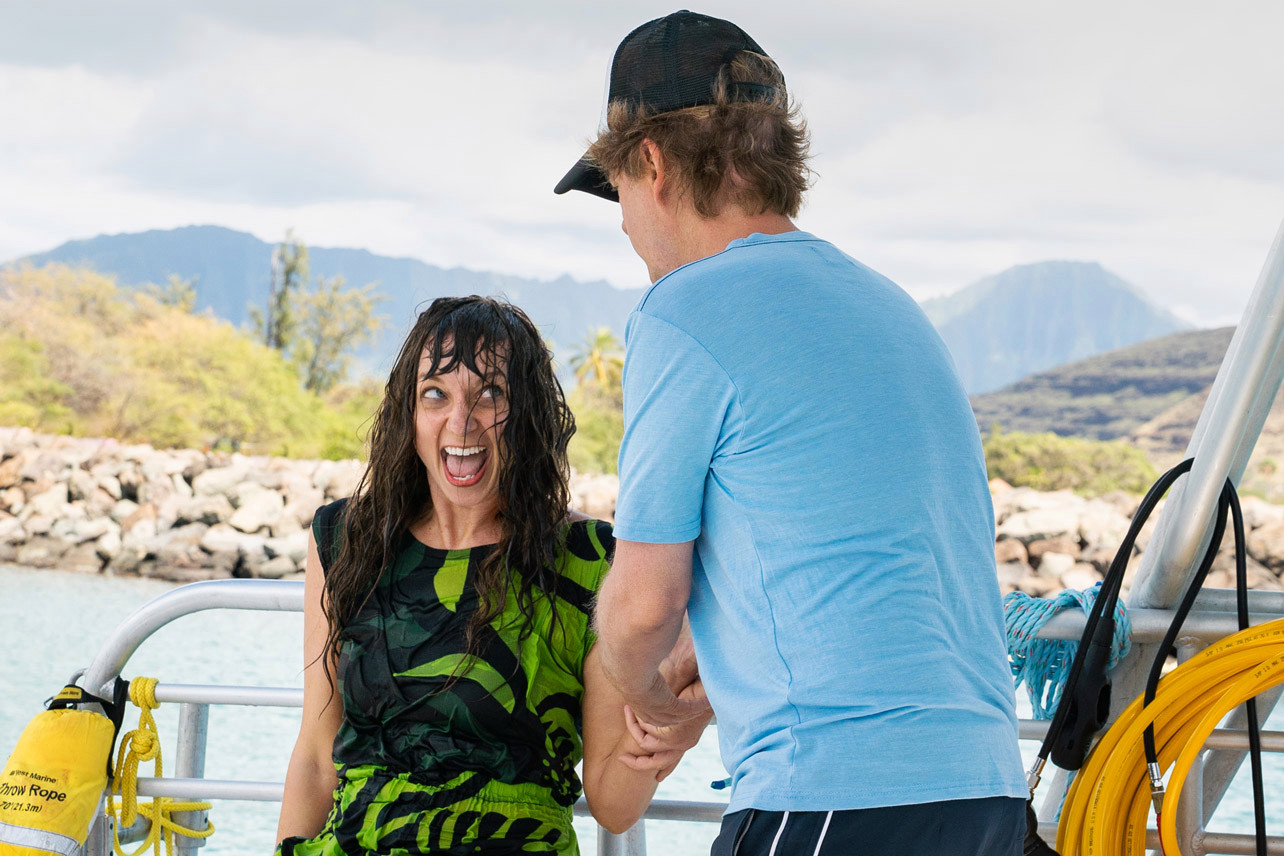 Based on the adage that one should never judge a book by its cover, The Wrong Missy is about what happens when twerpish bank executive Tim (played by Spade) meets two women who are both named Melissa. One turns out to be his dream woman and the other (Lapkus) his worst nightmare.

Just when he thinks he’s finally shaken her off, he accidentally invites her to his company teambuilding retreat in Hawaii. Critics’ reviews of this movie are a mixed bag, with some calling it downright lazy, predictable, poorly acted and not worth the effort. And one has to wonder after watching this movie and thoroughly enjoying it: who put that uptight and politically correct bee in their bonnets?

Admittedly, there are times when the film feels like the first draft of a freshman comedy and there are supporting cast members who are completely forgettable, but you soon realise that this is all deliberate.

The movie is so enjoyable that the 90 minutes go by too quickly.

Forget what the critics are saying about this movie. Give it a watch and, like myself, you’ll wish you could find a blooper reel of the scenes.

This one gets top marks from me for the many laugh-out-loud moments that are a welcome relief during these dreary times.

Be warned that the dialogue and some scenes are of an adult nature, so you will do well to watch this one when the kids are asleep. That said, we can’t guarantee that your raucous laughter won’t wake the kids up.